Charles Darwin and the Tree of Life

Since we are thinking today about evolution and civil rights, it's wise to "remember the ladies": (1)

The Civil War Bookshelf writes that (2):

By 1864, the women's suffrage movement was well organized and underway but pre-empted by events. In Australia, in 1864, a mistake in the wording of a new voting law allowed ladies with property access to the ballot. In the U.S., leading suffragettes

lectured and petitioned the government for the emancipation of slaves with the belief that, once the war was over, women and slaves alike would be granted the same rights as the white men. At the end of the war, however, the government saw the suffrage of women and that of the Negro as two separate issues and it was decided that the Negro vote could produce the immediate political gain, particularly in the South, that the women's vote could not. 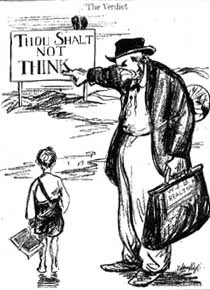 Our time is coming...again. Progress, like evolution, often occurs in small ways over time and it can be difficult to observe. In the meantime, President Obama, you have my full support.

and... Mr. President, I still want investigations into the crimes committed by the Bush Administration.

Saving What We Can: Ecojustice and Spiritual Practice

"I long to hear that you have declared an independency. And, by the way, in the new code of laws which I suppose it will be necessary for you to make, I desire you would remember the ladies and be more generous and favorable to them than your ancestors.

"Do not put such unlimited power into the hands of the husbands.

"Remember, all men would be tyrants if they could. If particular care and attention is not paid to the ladies, we are determined to foment a rebellion, and will not hold ourselves bound by any laws in which we have no voice or representation.

"That your sex are naturally tyrannical is a truth so thoroughly established as to admit of no dispute; but such of you as wish to be happy willingly give up -- the harsh tide of master for the more tender and endearing one of friend.

"Why, then, not put it out of the power of the vicious and the lawless to use us with cruelty and indignity with impunity?

"Men of sense in all ages abhor those customs which treat us only as the (servants) of your sex; regard us then as being placed by Providence under your protection, and in imitation of the Supreme Being make use of that power only for our happiness."

Commonwealth women's suffrage reflected the rights of women to seek election in South Australia and to vote in Western Australia, rights granted between 1895 and 1899. However, Indigenous women were not granted suffrage until 1962.

Youtube Video: David Attenborough on Charles Darwin and the Tree of Life
Posted by Dj Connell at 8:09 AM