Terry Pratchett: The State of the Nation


Terry Pratchett recently warned us about an upcoming Alzheimer's tsunami. This month he wrote to update his fans on his state of health and mind:

I have written 47 novels in the past 25 years, but now I have to check the spelling of even quite simple words - they just blank on me at random.

I would not dare to write this without the once despised checker, and you would have your work cut out to read it, believe me. On the other hand - and this is very typical of PCA - when the kind lady who periodically checks me out asked me to name as many animals as I can, I started with the rock hyrax, the nearest living relati 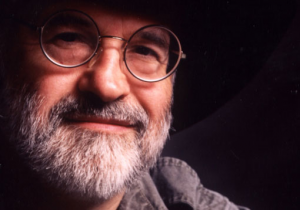 ve to the elephant, and thylacine - the probably extinct Tasmanian marsupial wolf.

That’s the gift or the curse of our little variant. We have problems handling the physical world but can come pretty close to talking our way out of it so you don’t notice. We might have our shirts done up wrong, but might be able to convince you it’s a new style.

I felt that all I had was a voice, and I should make it heard. It never occurred to me not to use it. I went on the net and told, well, everyone. I wish I could say it was an act of bravery. It wasn’t and I find that suggestion very nearly obscene.

How brave is it to say you have a disease that does not hint of a dissolute youth, riotous living or even terrible eating habits? Anyone can contract dementia; and every day and with a growing momentum, anybody does.

... You can’t battle it, you can’t be a plucky ‘survivor’. It just steals you from yourself.

And I’m 60; that’s supposed to be the new 40. The baby boomers are getting older, and will stay older for longer.

And they will run right into the dementia firing range. How will a society cope?

Especially a society that can’t so readily rely on those stable family relationships that traditionally provided the backbone of care?

What is needed is will and determination. The first step is to talk openly about dementia because it’s a fact, well enshrined in folklore, that if we are to kill the demon then first we have to say its name.

Once we have recognised the demon, without secrecy or shame, we can find its weaknesses.

Regrettably one of the best swords for killing demons like this is made of gold - lots of gold.

These days we call it funding. I believe the D-day battle on Alzheimer’s will be engaged shortly and a lot of things I’ve heard from experts, not always formally, strengthen that belief.

It’s a physical disease, not some mystic curse; therefore it will fall to a physical cure. There’s time to kill the demon before it grows.

Youtube Video: Terry Pratchett Interview 2008: On writing a children's book that starts with a disaster...