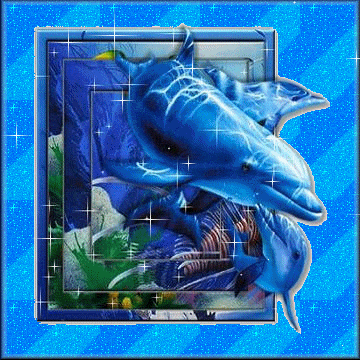 "'Hmm...' thought Abigail as she gazed languidly from the veranda
past the bright white patio to the cerulean sea beyond,
where dolphins played and seagulls sang, where splashing surf sounded
like the tintinnabulation of a thousand tiny bells,
where great gray whales bellowed and the sunlight sparkled
off the myriad of sequins on the flyfish's bow ties,
'time to get my meds checked.'"

The results of the Bulwer-Lytton Fiction Contest came in while I was on vaction. Much fun was clearly had.

Oh my Gods, Are You Kidding Me With This Stuff?

Speaking of dark and stormy nights, I would say "ditto" to this review of the Twilight series.

Hermione would be furious. Tiffany would stare and move on, and Buffy would kick the $#%@ out of this silly girl. Quite right, too.

And the author - a graduate from Brigham Young University (which, by the way, explains a lot about these books) - is laughing all the way to the bank. (1)

Sexism, Racism and Mormon Teachings in the Twilight Series

As you can tell, I'm not a fan of this series. It's overwrought, badly written, full of cliches, and each book is way too long for what it offers between the covers. I agree with a young reader named Lexie who wrote this at Blogging For A Good Book:

Bella sounds like every 14 year old girl’s fantasy version of herself: elitist, snobbish, beautiful (but doesn’t know it, of course), clumsy to an unrealistic degree and…..reasonably smart? She’s supposed to be this perceptive genius in the series, but I found her to be dimwitted as a character, and the others gave her entirely too much credit.

Edward is supposed to be this classically masculine hero, but frankly…he’s a girl. He thinks, reacts and speaks like a mother would. He so very clearly sprung from an adolescent female mind, it’s like Meyers has no idea at all how any men think, realistically. The deal is, he was meant to be an appealing cardboard cutout of what little girls think a man should be…he’s sort of a stand-in for any real character

Edward's appeal lies in large part because he is beautiful in a very teen idol, androgynous way and is sexually non-threatening. With so many girls being pushed to grow up too fast, it's no wonder they would long for eternal, idealized love with no physical strings attached. It's the opposite of a rape fantasy. He could force her, but he won't, he's a good guy, and he will swear his undying love, and mean it, unlike most boys his age. (2)

Jessica, another young blogger, summed up the books appeal and explains why so many people seem to have put their character sense on "hold" when it comes to this series:

You’re spot on about the amateurish writing, the sappy romance, and the serious transgression of feminist ethics. And it gets worst! The main character has nothing special to recommend her, and lots to make you dislike her; the teenage angst and romance is wearisome; the romance is profoundly unhealthy.

That said, I spent all last night reading the second book in the series. Started when I got home from work, finished at 1 in the morning. Despite the severe flaws, despite my iron refusal to read romances, I confess to being hooked. All my aesthetic and political sensibilities fly out the window as soon as you throw me a few vampires and maybe a werewolf or two.

Oh, good grief, Sia. Lighten up! It's just a book, right? What's wrong with a heroine who does her homework and stays a virgin? Fair question. I think I'll let Alisa Valdes-Rodriquez have the last word on this:

I am the daughter of a sociology professor. He taught me that every political movement in the history of nation-states is preceded by a decade or two by a social movement. Thus, we get the civil rights movement in the wake of the Harlem Renaissance; we get the women's rights movement in the wake of Virginia Wolff, Anne Sexton, and Sylvia Plath. I believe the popularity of Meyer's anti-feminist, pro-life, racist, extremely religious fiction might, in fact, be more than mere "entertainment". I believe that her work is a bright ribbon in the fascist fabric being woven across our once-great nation. We have let a criminal steal our elections. We have allowed liars and thieves to dismantle our constitution and rob us of our rights. We are headed down a path in the United States that is eerily familiar to many political scientists and historians, and it points, as Randi Rhodes has pointed out, toward a fascist state. We are at a crossroads. We can stop the slide, if we are aware and unafraid to speak up; or we can be carried numbly along in its flow, in love with the vampires even as they have our daughters marry and bear their children at 18 (in the "holy" sanctity of matrimony). I prefer our daughters to go to college.

Is Stephanie Myers A Racist?

Twlight: The Movie
It's just going to get worse.....

Do you remember the walk-about my partner went on with his best friend? Well, on the way home, coming out of Canada (Greetings, you lovely Canadians, you) they passed through the verdant state of Washington, and stopped, exhausted, just outside of Olympic National Park in a little town called, you guessed it, Forks. Of all the tiny towns in all the world, my two guys tried to to get some rest in Forks on the publication eve for the latest $%#@ Twilight book. Needless to say, there wasn't a room to be had, not even a camping spot. Forks was overrun by hysterical little girls and their frustrated parents.

My thanks go out to the gal at the Visitor's Center who tried to help my tired lads find a place to sleep that night. A member of the Quileute Tribe mentioned in the books, she was having a hard time explaining that 1) She wasn't a werewolf and 2) The tribe was not at war with the vampires which 3) Did not live in the town, and yes, she was really, really sure about that.

As they were leaving (to sleep in the car) my fella was almost sure he saw her bare her teeth just a little bit at the latest group of young teens (sans parents) who asked for directions, clearly looking for a way into the woods (sans food or camping gear) in order search of their own, perfect vampire lovers. (Or perhaps they meant to go cliff diving with werewolves...who knows?)

(2) 14 year old girls never ask themselves what undying love would feel like after, say, 100 years. But married people know that love takes a world of patience after even 3 years together. Preteens (and mature women trapped in bad relationships) don't imagine that "soul mates" might get on one another's nerves. The idea of a never-ending, high octane romance keeps pop music alive, and fuels much of the fevor for these books.