Is Environmentalism Our New Religion?: Our environmental harvest and how it effects ethics, ecology and climate change 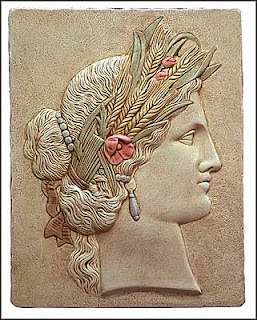 Violence is almost always a function of diminished imagination. With our respect for the earth and our tradition of universal sympathy, (we) might well model a new way of being in the world. An organic faith that brings together the simple truths of the oldest religions with the complex realities of the brave new world - this is really what contemporary earth-centered faith is about.
- from Sermons by the Rev. Roberta Finkelstein

Is Environmentalism the New Religion?

"By destroying pagan animism [the belief that natural objects have souls], Christianity made it possible to exploit nature in a mood of indifference to the feelings of natural objects," he wrote in a 1967 issue of . "Since the roots of our trouble are so largely religious, the remedy must also be essentially religious, whether we call it that or not." It was a prescient claim. In a 2003 speech in San Francisco, best-selling author Michael Crichton was among the first to explicitly close the circle, calling modern environmentalism "the religion of choice for urban atheists ... a perfect 21st century re-mapping of traditional JudeoChristian beliefs and myths."

Today, the popularity of British author James Lovelock's Gaia Hypothesis - that the Earth itself functions as a living organism - confirms the return of a sort of idolatrous animism, a religion of nature. The recent IPCC report, and a week's worth of turgid headlines, did not create this faith, but certainly made it more evident.

Everything Old is New Again: Any Pagan can tell you that linking nature, spirituality and our own well being within one world view is not exactly new. Demeter is one ancient aspect of our link to and reliance on the earth. So is Ceres. As Hecate notes:

Lammastide seems a good time to remember this agricultural Goddess who, although a benefactor of humankind, was willing to revoke her benificence when her daughter was mistreated.

Demeter was sometimes venerated as a mare. My Celtic ancestors would have known Her as Epona.

But let us not idealize our Pagan ancestors too much. They may have worshiped nature, but that does not mean that they lived in complete harmony with their environment. For more on this subject read: Pan's Travail: Environmental Problems of the Ancient Greeks and Romans (Ancient Society and History)

. In this book author J. Donald Hughes examines the environmental history of the classical period and argues that the decline of ancient civilizations resulted in part from exploitation of the natural world.

What's Next? The Shape of the Next Religion:

Are we changing spiritually ? And if so, what's next and what does that mean for the planet? For more on this subject read The Shape of the Next Religion by Douglas Mudar.

As they so often do, artists lead the way when a culture is changing. They know it before we do. I recommend this book to those who are interested in the links between artistic expression and concern for the earth:

The artist/author is Daniel Dancer. As his website states:

Dancer is the founder and director of the ZeroCircles: an ongoing national environmental art project designed to help end commercial extraction on public lands. "From the megalithic stone rings of Britain to the medicine wheels of Native America, humans have built circles to celebrate their connection to Earth. Circles are zeroes as well, and today it is the zero we must employ to help protect the ecosystems which sustain us: zero pollution, zero waste, zero population growth.."

Check out the wonderful Green Museum for more images of environmental art.

This online museum emerged from the artist's experiences making such art and it is designed as a a giant collaborative art making tool. It's an inspiring place to visit.

Where Do We Go From Here?

Can we do it? Can we stop this insane cultural march over the cliff? Or is our species, like the Congo's Gorillas, far more threatened by habitat destruction, greed, and violence then we ever realized? The news paints a bleak picture, but I was heartened to read a recent interview by Fareed Zakaria with Amory Lovins on energy's (and our) future. I will leave you with their thoughts on A Cure for Oil Addicts and suggest you also check out this page on the brave men and women who risk their lives protecting wildlife in Africa. I would also direct you a website about a very powerful, very modern Demeter, a woman who's life was a force for good: Rachael Carson.

Don't despair. Earth Based Spirituality is growing in power and influence as is a global awareness that we need to change our way of living and wasting if we want to survive. In fact, these two things are closely allied. There is much we can do, but time is running out. Get involved.

Blessings to you and yours at the harvest,

A modern vision of Demeter by Abdul Mati Klarwein

Pagan Visions For A Sustainable Future

Nature Religion in America: From the Algonkian Indians to the New Age (Chicago History of American Religion) by Catherine L. Albanese

As always, links, books, opinions and articles at this blog are offered as food for thought. Take what you need, and leave the rest. SV.

Art: Demeter Relief: Copy of the one in the Versailles Municipal Library, France. 18th century. It is available at Rainbowcrystal.com

I love Lovelock, even if he is a bit of an old crank, and, as his latest book shows, he is. But he grocked what no other scientist at that time was grocking.

Indeed. and Crichton has said some pretty batty things, as well. One good idea does not a god-like guru make.

Why do we look so hard for dogma and experts we can quote to others? It seems that most people want a freeway to Truth. Once we're on that, we tend to stop looking around and the only question we ask is "Are we there, yet?". Cultural Creatives (many Pagans among them) choose to search for a wider range of ideas and inspirations and these simply serve as stepping stones for their journey.

On another note, it is a pet peeve of mine that Rachael Carson gets so little credit today for the work she did and for the thousands of others she has influenced down the line.