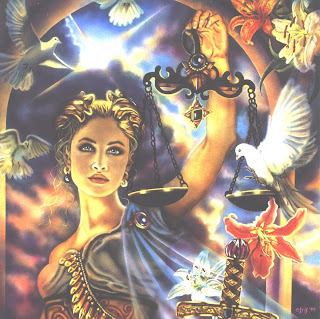 The only sin that sex can commit,
is to be joyless
- John Steinbeck
When the news about the (now ex) Governor's visit to a prostitute first broke, it seemed to be a simple story about a rigid, moralistic, workaholic breaking his marriage vows. Since few, if any, johns are prosecuted, I saw no reason for him to step down from office for such a (relatively minor) crime. Our society knows that those who have healed from their dis-ease are the best people to counsel their brothers and sisters caught in a dysfunctional web of compulsion, codependency and addiction; therefore, why not allow a public servant who erred sit in the very councils of state that address this issue? Were he still a prosecutor, I would have called for his resignation, however, as a Governor he might actually be able to address our culture's attitude towards sex workers with some humility and compassion - no bad thing in a either a lawmaker or a leader.

When this story first broke, it seemed to be an sad, infrequent fall from grace. We Pagans invented what is known as the Golden Rule, and I thought we would do well to allow this man to perform some public form of contrition for his hypocrisy and then go home to make private amends to his friends and family. That's not how the world works, of course, and I knew that when I wrote the piece. Whatever we say to the contrary (and no matter how much we would wish for some enlightened mercy for ourselves when we make our worse mistakes) most of us still like to see Old Testament style justice in action, especially when it comes to the rich and famous.

Since I wrote that post, we have heard that the governor was a regular customer at these brothels, that he has wasted something like $80,000 of his families money in this way. That amount just boggles the mind. When the facts some out, it may well be seen that he has been visiting these women (and lying to us and his family) for many years. Worse yet, he may have asked these girls to perform acts that will shock most Americans (with the exception of the many gently bred, elderly women like my own dear mother who have never missed an episode of Law & Order: SVU.) Meanwhile, the media will be hell bent to uncover every purient detail; their self righteous fever may soon sicken even the most cynical among us. This is an example of the ways in which mainstream religious teachings about human sexuality are so profoundly harmful, and why I said that those brought up to view sex with a mixture of shame and guilt would suffer the consequences of these teachings in later life. If this man was indeed shame based, and he needed these girls to affirm that, he won't be the first (or the last) powerful person to do so. History used to teach us that. Now TV does the job for us. The folks who write Law & Order and going to have a field day with this one.

So, with all that in mind, I will ask your indulgence as I revisit this issue. Today I would like to amend and expand on some earlier comments. It is clear now that this is an on-going pattern of reckless behavior, deceit and denial. A man who once did a great deal of good has split from his best self and engaged in actions that are not only hypocritical, but dangerous. Among other things, he put himself at risk for blackmail and coercion; something no one in a position of trust should ever do. Frankly, were I his wife, he would be standing at that podium of shame all alone, and sporting a black eye. (Perhaps she is a better person then I am, who knows?) I would then go on to hold my own press conference. I've talked to my gal pals about this and we all agree that were we in that position, the media would not see a humiliated spouse, but one very angry woman, and the topic of the day would be the foolish, hypocritical ways in which the issue of sex and sex workers is treated in this puritan minded country. (1) But I digress.....

As I read more about his behavior, it seems to me to be a case of sexual addiction coupled with a need for dangerous, high risk behavior. Charity Vogel tackles this issue in an article titled Was Spitzer Just Stupid Or Worse?

The question of whether Spitzer has some sort of sex addiction is also being raised. Only the disgraced governor and his doctors know for sure, but experts say being accomplished and highly educated doesn’t make you immune.

Thomas Tullos, a certified sexual addiction therapist at Pine Grove Behavioral Services in Mississippi, said most of his sex addiction patients have been high-functioning professionals.

Tullos said he doesn’t know what’s going on in Spitzer’s head, and he couldn’t comment if he did know. But anyone who has been following the details of Spitzer’s fall from grace would recognize some of the measurements Tullos uses to evaluate whether patients are sexual addicts.

If they say yes to three, Tullos said, they fit the definition.

• Have they done sexual things that they know can have adverse consequences, but continue in those behaviors anyway?

• Is their sexual behavior impacting other areas of their life, like job performance, relationships with spouse or children, friendships?

• Do they spend an inordinate time involved in the behavior, including time to set up episodes?

• Have they ever tried to stop but couldn’t?

• Have they frequently engaged in the behavior while they were supposed to be doing other things, like work?

One of the hard things to understand about sex addiction is that it’s a “process disorder,” where a common part of healthy life rampages out of control.

The worst damage that sex addiction wreaks in relationships isn’t about physical intimacy, Tullos said. “It’s really not about sex, in a way; that’s the content.”

What hurts the most is the lying, the cheating, and the secret-keeping, he said. “You can fill in the blank about what people are lying about or keeping secrets about. That’s interchangeable,” he said. “But as human beings, we are all impacted when someone lies to us, when someone keeps a secret, or has a double life.

If you or someone you know is a sex addict, please know that there is help out there. Don't let your life spiral out of control. Such behavior, as I said earlier, is based in shame and guilt. Let this man's story be a wake up call. Pick up the phone, go to a meeting, see a therapist; above all, talk to someone about this. Isolation will only make things worse. I see the behaviors listed above far too often in the Pagan community, and it always makes me sad. Ours is a spiritual path that celebrates sex and sexuality. What we seek is both joy and balance. To see such a precious gift of the Goddess twisted until is is joyless, mechanical and debased is the antithesis of a life affirming path.

My thoughts today are with this man and his family, and with the sex workers who so often have been sexually abused as children and who have lost the joy of this gift, as well. I wish healing and highest good for all concerned.

(1) Many people have asked why the wives do it, why they stand there, being humiliated in public, while their husband confesses to his sins against them in public. Most wives interviewed after the fact will tell you that they did it out of a sense of loyalty or duty, or because they were concerned for their children and did not want their kids to see their father up there without their mother's support. I would also offer another reason: Many of these cases will go forward into long, costly legal battles. I can guess that they have been advised by their lawyers to stand next to him, lest he appear too guilty and loose any case for defense they may have in the public eye. They might be protecting their family - at least in their eyes - and I do not condemn them for that.
Posted by Dj Connell at 10:01 AM

Many of these cases will go forward into long, costly legal battles. I have not doubt that they have been advised by their lawyers to stand next to him, lest he appear too guilty and loose any case for defense they may have in the public eye.


What you said. I don't pretend to even understand what was always going on in my marriages, much less other people's. I'm sure as heck not going to criticize the wife, whatever she decides to do.

You know, if we elected more women, we'd have less of this shit. I know a heck of a lot of women and many of them are v. open about their sex lives. I've yet, in almost 52 years, to meet a woman who's paid for it.