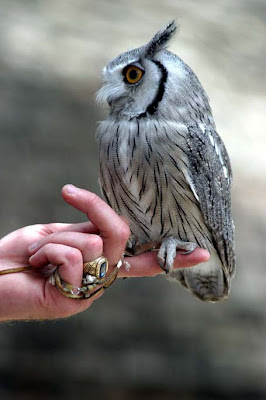 Today I would like to share two posts on love and wisdom. The first is called A Beginning Pagan's Book Lust, and you'll find it at a blog called Pagan Dawn. This thoughtful writer is on a road we all know and love, and she writes about her journey with insight and verve. I have made some book suggestions in her Comment List, after the first post on this subject titled Up For Air. If you have Pagan books that you love or favorite authors you wish to share, perhaps you will do the same.

Next is an older post by Hecate on Aphrodite and body awareness which deserves a second look. (1) Like many people, I've spent these last few weeks watching the Olympics. Women's track and field, volleyball, diving, gymnastics and other sports remind us of what a strong woman's body can look like. In my own women's circles, my time at the gym (where all shapes, ages and sizes are welcome) and my travels around the world have taught me to look for beauty in every woman I meet.

Diotima is thought to have told this to Socrates:

Even as our conception of beauty changes, beauty, like a lay of nature stands. The things which are held sway by ideas shift, the law however is unchanging.

Blessings on your journey,

She was sometimes referred to as Aphrodite, Porne, meaning: Aphrodite, the Temple Prostitute, although, as noted above, temple prostitutes were priestesses who helped worshippers to find communion with Aphrodite, so the expression was one of sacredness.

I have read this interpretation before. To many modern Pagans it sounds like a lovely idea. I have to disagree with the sexual idyll presented in most texts. My cynical side reminds me that the Greeks of this period did not respect women and used them as breeders and sexual tools. With the possible exceptions of Pericles, who loved Aspasia, Socrates, who studied under a woman named Diotima, and Plato who took women into his school of philosophy at a time when only men were educated, the ancient Greeks we study in school did not even allow that women had minds worth admiring, nor did they allow them to be independent property holders or full citizens. The patriarchal classical culture so admired by western writers did not respect women (to say the least), not even the highly educated and politically aware courtesans of the period. I would argue that the Sacred Prostitutes were in the temples, not for joy and worship, but as highly profitable, money makers. Just as the Catholic Church made much of it's money selling redemption from sin based on the fear of hell (as well as sacred relics and "pardons" to get into heaven), the ancient Greek temples made their money traveling on a different road, one that lead to a kind of sexual heaven (at least for the men involved). I question whether the girls involved (and they would have been very young girls) were what we modern Pagans tend to think of as liberated Priestesses.

Hetaeras on the other hand, were different. The Encylopedia Britannica notes that they were:

...one of a class of professional independent courtesans of ancient Greece who, besides developing physical beauty, cultivated their minds and talents to a degree far beyond that allowed to the average Attic woman. Usually living fashionably alone, or sometimes two or three together, the hetaerae enjoyed an enviable and respected position of wealth and were protected and taxed...

But often they, too, had little choice when it came to either partners or profession.

Courtesans At the Table: Gender and Greek Literary Culture in Athenaeus by Laura McClure

Photo: Owl on Hand of Woman by John Kroll. This won Photo Print of the Year at the Pontiac Photographic Society

The owl was sacred to Athena, Goddess of Wisdom. Aphrodite, like Morgan le Fe, could take the form of the Owl when it pleased her. The Athenian Owl was the most influential coin of it's day, and it has a wonderful history.