Saving What We Can: Ecojustice & Spiritual Practice 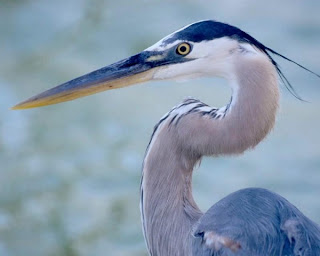 Today, I would like to highlight A Rocha, an international Christian nature conservation organization. Yes, you read that right, and before you get to typing out those passionate comments, let me ask you this: Do you care who saves the planet? And if so, why? And, while, we're on the subject, what are you, and the people who share your tradition or practice, doing, actually doing, about these issues?

Here's what I think: At this point, Gaia needs all the help she can get. Frankly speaking, it's about time certain people got on on board and helped the rest of us row this particular boat. For more on this issue, I recommend reading Ecology and the Church: Theology and Action by Diane Sherwood. Ms. Sherwood writes about pasters like Matthew Fox, who, as director for the Institute in Culture and Creation Spirituality,

..has contributed much to creation-centered theology...In his popular creation spirituality workshops he teachers that the environment is a divine womb, holy and worthy of reverence and respect. He honors the natural world as a most profound expression of the divine.

That's someone I can work with.

Evangelicals and the Obama Administration

This begs a question, and Terry Gross, as is her wont, has asked it. Listen to her interview with Richard Cizik titled God and Global Warming. It focuses on the direction that Evangelicals are now taking when it comes to eco-politics, supporting President-elect Obama, and disagreeing with radicals like Sarah Palin and organizing young Christians to combat global warming. Mr. Cizik is the vice president for governmental affairs of the National Association of Evangelicals, a powerful lobbying organization that represents 45,000 churches. I am intrigued by his changing position on civil unions (and hope it can evolve even further) and I welcome efforts to lower the need for abortions by using contraception more effectively. It's not the only step we humans should take, but at least it's a step in the right direction.

I think that the Rev. Debra Haffner put it best when she wrote an article for the Huffingington Post titled Unearthing Common Ground:

The call to reduce unintended pregnancies is the right one. What we must focus on now are the means to do so - specifically, comprehensive sexuality education (not abstinence-only) and universal access to contraceptive services, including emergency contraception.

The advocates for a new common ground correctly note the correlation between poverty and abortion rates. But they fail to mention how poverty first contributes to unintended pregnancies. Adoption alternatives and economic support for poor pregnant women are important - but these strategies do not address the fact that poor women are at least five times more likely than other women to become pregnant unintentionally.

... So here is my suggestion for common ground. Let's stop talking about reducing the number of abortions as a goal in itself. Such talk obscures what should be the principal objective - reducing unintended pregnancies - and leads to counterproductive strategies that would place restrictions on abortion access. It also misrepresents the platform that President-elect Obama ran on, which affirmed a woman's right to choose and opposed "any and all efforts to weaken or undermine that right." The Democratic platform called for "access to comprehensive affordable family planning services and age-appropriate sex education which empower people to make informed choices and live healthy lives," as well as economic support for pregnant women.

Let's start talking about reducing unintended pregnancies. This is not only the better public health position, it is a faithful and moral one as well. Five years ago, the Religious Institute published an Open Letter to Religious Leaders on Abortion as a Moral Decision, which includes this eloquent and irrefutable statement: "The sanctity of human life is best upheld when we assure that it is not created carelessly."

We may not agree with our Christian friends on many points, either sacred and social, but we've have all found these last eight years that it is important to pay attention to what they - and the evengelical Christians in particular - are funding, preaching and doing. I, for one, am willing to do useful work with people who share my earthwise goals and will leave my civil rights alone - It's time.

Pastor Says Eco-friendliness is Next to Godliness

Clergy Stand Up for Marriage -- Same Sex and Otherwise


Photo: Great Blue Heron from the A Rocha site.

(1) One well known graduate of this Oakland center is the Rev. Anne Hill, an old buddy of mine, who writes a popular Pagan blog called Blog O' Gnosis

You're kinder than I am. I won't work w or legitimize homophobe and mysognists no matter how "nice" they are. But i don't begrudge those who do.

Kindness has nothing to do with it - I'd like to survive as a species. Not that we deserve it, mind; the planet might be better off without us on it. Ah, but the tigers will be missed....

The point I'm making is that we can find folks in the Christian community who do not hate women or homosexuals - Matthew Fox, for example, and that woman Unitarian minister I've quoted above - and we can work with them for the greater good.

As for the others, it is sometimes possible to change hearts and minds by working together and if not, we use our skills and defend our rights. That is the goal of interfaith groups like COG and I support their work in that regard.

The rising social and sacred tides are progressive, which is why we see the backlash from fanatics and why others who want to stay in the political game find they have to work with us now, because working by and for hate got them thrown out on their ear.

Still, as we all know, the fanatics will not go down without a global fight, yet another reason why we need good people of all faiths to come together, as we have done before.

I am humbled when I read of the sacrifices black and Japanese-American soldiers made by serving in the armed forces during WWII when they were denied their freedom here at home and their families were put into camps or lynched. They put the dream of freedom for their children, first. I feel that I can do no less.

I recently came accross your blog and have been reading along. I thought I would leave my first comment. I don't know what to say except that I have enjoyed reading. Nice blog. I will keep visiting this blog very often.