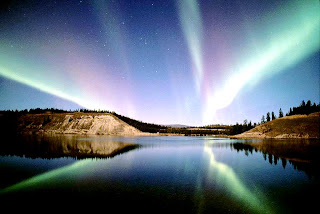 Of all the idiotic, artificial holidays in the calendar year, I dislike New Year's Eve the most. Forced jollity has never appealed to me and I don't need cultural approval or inclusion in a crowd of inebriated strangers to have fun. For me, this holiday comes down to one thing: There are thousands of heedless drunks on the road, and I'm in no mood to to push my luck. So, I'm staying home with some loved ones. Other friends of mine who feel the same way are doing this or taking their families out to First Night Celebrations around the country.

Hogmany, now, that I do celebrate. It's starts with sharing the great music we've found at Thistle and Shamrock, and goes on for several days of feasting with friends. Trust the Scots to have a party that involves cleaning house and paying off debts, but we do have good time, even so.

The roots of Hogmanay perhaps reach back to the celebration of the winter solstice among the Norse, as well as incorporating customs from the Gaelic New Year's celebration of Samhain....The Vikings celebrated Yule, which later contributed to the Twelve Days of Christmas, or the "Daft Days" as they were sometimes called in Scotland. The winter festival went underground with the Protestant Reformation and ensuing years, but re-emerged near the end of the 17th century.

Trust me, it's not underground anymore. You should see the party they hold in Edinburgh.

Since I don't drink, I'll pass on that glass of whiskey, but I love the food, and that beautiful, dark man who stands for good luck is welcome on my doorstep anytime. (1)

As for me and mine tonight: Beginning this afternoon - and well before dark and mass stupidity sets in among those who can't hold their liquor- we will be gathered indoors, dressed in comfy warm clothes and slippers, eating well and having our own kind of fun. We will throw pillows on the floor, light the fire and watch movies. Central among these, will be a lovely little film from the 80's that too few people know about. It's about an Oil Man (capitals intended) who has a change of heart and I would like to offer it as my First Night gift to you. It's called Local Hero. Writing for ReelViews, James Berardinelli describes it this way:

Local Hero is a fragment of cinematic whimsy - a genial dramatic comedy that defies both our expectations and those of the characters. Director Bill Forsyth finds the perfect tone for this not-quite-a-fairy-tale set in a quaint seaside Scottish village named Ferness. By injecting a little magical realism into the mix, Forsyth leavens his pro-environmental message to the point that those not looking for it might not be conscious of its presence.

It is a charming, magical, heart-centered little film filled with northern lights and second chances. The literate, sly script by Forsyth is so good, I'm frankly surprised it got made. It's message; that special places can be protected by the most unlikely forces, still holds up, as does the spell of the little village we encounter in the film. Once you see this movie, you'll want to go in search of this bit of coastal Scotland. (2)

The film is made all the better for having a score by Mark Knopfler, who grew up in the same part of Glasglow as the Writer/Director. He also composed the music for The Princess Bride.

If you need a bit of uplift this time of year, find a copy of Local Hero. It's one of those films that changes you.

...and go safely out there.

Regards to all here,

(2) I fell deeply in love with that country and it's people when I visited there many years ago, just around the time Local Hero got made. I've longed to go back ever since. If you get there before me, I hope you enjoy it as much as we did.

Photo: The Northern Lights
Posted by Dj Connell at 10:20 PM

Sounds glorious. Have a happy Hogmany!