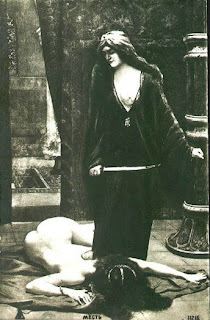 Bradshaw On: The Family

I believe there is such a thing as healthy shame. It's that part of us that says "Hey! Wow! .....I was way out of line there. What was I thinking? This isn't the end of the world. A person with healthy shame knows the difference between making a mistake and *being* a mistake. We need to teach our people how to deal with simple guilt and shame, how to make amends, learn from mistakes and move on. We need to help our people recover from toxic shame.

John Bradshaw writes that we are shame-less when we think we are perfect, are controlling, seek power, see others as inferior and ourselves as superior, see ourselves as right, work excessively, criticize, blame and judge others.

He notes that we are shame-ful when we think we are a failure, get out of control, feel weak, think we are stupid, criticize and blame ourselves, behave in a way that does not honor ourselves, do not use our gifts and talents and feel inferior.

To have healthy shame is to know that we have human limits, we make mistakes,and we need help. We need to truthful about our errors and we must not idealize nor degrade other people or ourselves.

It's a Human Thing

To my mind, guilt and shame are universal in human experience, although I do recognize that some traditions, families, or faiths emphasize it more than others. For example, I know many people who were raised in Christian sects which teach that all humans are flawed or sinful from birth, and that women are responsible for all the evil in the world. On the Pagan side, I've often thought that "Do what thou wilt" is about the dumbest damn thing I've ever heard. It gives people with no ethics, common sense, or boundaries an excuse to act out and hurt others, all in the name of their practice.. I don't like the errant pomposity of "Perfect love and perfect trust", either. For one thing, perfectionism of any sort is unhealthy. For another thing, love and trust are earned. They are not something that comes automatically just because one joins a group.

I had an interesting talk with a Pagan friend the other day. She was raised in a Jewish tradition, and I was raised in a Christian sect, and we have been practicing Pagans for many years. We both think that Paganism would be a lot better off if it had a better understanding of (and some helpful teachings for), the basic humanistic ideas embedded in the Abrahamic faiths; ideas like charity, forgiveness and atonement, teachings which we received as children in those faiths, and have used to enhance our spiritual practice as Pagan adults.

It's never just black or white, is it?
Sia

Art: This is a postcard in my collection (circa 1930's) titled Revenge in the Harem. There are some days when even chocolate won't help, when murder and mayhem look like the only realistic options* in a world gone mad. Which is why I meditate.

* Here, for example. Why has she killed the other woman? Won't don't they band together and take out the guy who put them there in the first place? Come on, girls, liberate the palace, free the male and female slaves, and do a little redecorating while you're at it. (Seriously, people, new drapes can do wonders). With a just a little bit of cooperation, we can make a whole new world.