Appearance vs Reality in Canada's Care of the Wild 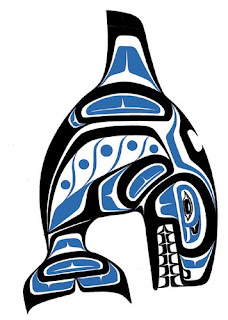 Over the course of my life I have seen too many places called "Deer Hollow" where developers have chased out all the deer by destroying their habitat. Don't get me started on places called "Green Meadows", "Mountain View" or worse yet, "Happy Acres".

Today the Vancouver Sun notes in an article titled Dazzling Images, With Irony To Match, that the same sort of delusion has beset Canadians when it comes to the difference between the ways in which they have depicted their relationship to wildlife during the opening ceremonies for the Winter Olympics (which, as my readers know, I quite enjoyed) and the reality of the relationship between Canada and it's wild places. I quote several excerpts from that article below but I recommend that earthwise folks read the whole thing.


That mesmerizing Olympic opening ceremony last Friday presented to the world the icons that mark British Columbia as a special place.

There was the illuminated spirit bear, evocative of a magical benevolent wilderness presence, important to first nations from the coast to the Interior.

An Ipsos Reid poll in 2009 reported 78 per cent of British Columbians oppose the trophy hunting of grizzlies. Bear biologists denounce it because B.C.'s grizzly population is listed as being "of special concern." First nations chiefs from Haida Gwaii to the Great Bear Rainforest of the mid-coast object to the trophy hunt as sacrilegious.

B.C.'s killer whales are an endangered species -- endangered by us. What's more, environmental non-government organizations had to launch a lawsuit before Ottawa would act on its statutory duty to protect the whales' habitat.

The ceremony depicted vast swimming schools of red salmon as a narrator's voice told of their importance to the fabric of West Coast life and first nations' culture.

But the once-abundant Fraser River sockeye run is in tatters, the once-huge Rivers Inlet run is a ruin, Thompson River coho and steelhead are vanishing and Cowichan River spring salmon are in deep trouble.

There was a symbolic depiction of old-growth forest, majestic trees soaring above puny, awestruck humans.

A voiceover pronounced sentimental platitudes about the near-mystical importance of these mighty trees to the soul and sustenance of B.C.

Not so long ago, the folks trying to protect these forests were declared "enemies of B.C." by our government and some were jailed.

Olympic Ceremonies are meant to tell the world about our Best Selves. We know this. As a U.S. citizen, I also know that I live in a glass house when it comes to environmental issues. Let us agree, then, that both countries have a long way to go. Let us also speak out and take action, so that the people of Canada, and the people in my country can rise up to the level of those moving stories we tell about ourselves before the wild things we claim to love are gone.

Oh, Canada! Myth and Magic at the Winter Olympics
Posted by Dj Connell at 12:47 PM

Well said. Of course, such ceremonies will always put the "best foot forward." But I think that when people (especially the younger ones) are presented with such imagery, I believe it makes an impact. I believe in the power of those images--not from a marketing standpoint, but from a more mystical, primal place that we as pagans can understand.

So maybe such ceremonies aren't showing the whole picture. But they do give us ideals to reach for. That's pretty good! And I think, too, such imagery reflects a larger cultural change in the Western world. My guess is that 10 years we wouldn't have had Canada's Native American peoples welcoming the athletes, and no shamans or spirit bears. Change takes time, but I think this is a sign that we're, in nothing else, headed in the right direction.