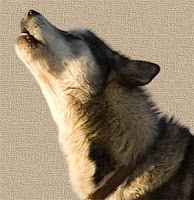 Today I would like to share an article from Tree Hugger titled, Can Animals Foresee Natural Disasters? Excerpt:

When officials from Haicheng, China, observed wildlife and livestock acting strangely in 1975, they decided to evacuate the city's 90 thousand residents. Only 10 percent of the city remained after an earthquake occurred a short while later.

In February 2001, a large number of cats are reported to have gone missing in western Washington, twelve hours before a quake shook Seattle.

I also recommend reading this article on animal behavior Shri Lanka, Sumatra and India just before the great tsunami in the Indian Ocean in 2004 titled Did Animals Sense Tsunami Was Coming? at the National Geographic website.

My thoughts today are with the people and animals in Chile and the US teams on their way to the quake zone. I still follow news of the people of Haiti, even though most of the media show has moved on. Today I read a moving story about a young man who lost his leg in saving his sister's life.

For those of you still stuck in snow, hang in there. I hope you have food, light and heat. Check in your neighbors, especially the older ones. Remember, please, to thank the folks who are out repairing power and phone lines, clearing roads and keeping everyone safe in bad weather.

On a lighter note, and file this under, Only In Japan, I present Earthquake Gear for Pets

Animals know so much and they do their level best to tell us. We just need to learn to listen better.

I echo what Hecate said.

what I want to know is did the cats come back? Always worried about the furry ones...