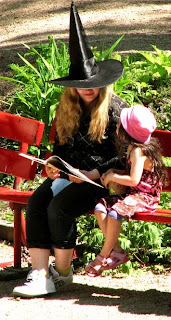 It is time again to celebrate (?) Banned Books Week. The BBC reports that:

Authors, artists and musicians are due to gather at a library in San Francisco to protest against the banning of books in schools and libraries in the US.

The event, part of the 27th annual Banned Books Week, has been organised by the American Library Association.

...In recent years, And Tango Makes Three - based on a true story and centring on gay penguins in New York's Central Park Zoo - has had the most ban requests

Meanwhile, it is reported that J.K. Rowling was denied the U.S. Presidential Medal of Freedom becuase some U.S. politicians believed she "encouraged witchcraft".

For more information on Banned Books week, go to the American Library Association website. This same site allows you to print out a certain number of copies of their posters for free to put up in your office, classroom or home.

Today's post is in remembrance of anti-censorship activist and Librarian Extraordinaire, Judith Krugg

Photo: A young "witch" reads Hanzel and Gretel to a little girl in the park. Photo found at The Witches Hut site.

Since its opening in 1970, the Kildonan Park Witch’s Hut has been visited by thousands of children and their parents every year. It also is a favourite object for photographers. The Witch’s Hut is also the site of the Fairy Tales Festival.