That Old Time Pagan Passion (for money, that is) 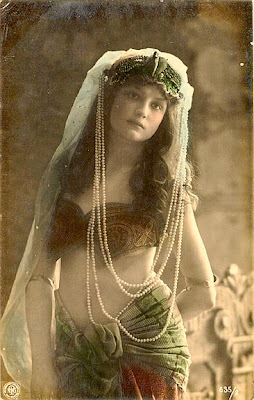 A while back, the Pope condemned the "unbridled "pagan" passion for power, possessions and money" as a modern-day plague.

I had no idea. So this is our fault.

You bad, bad Pagans. How dare you make such a mess of things? No 401K for you. Seriously, Did I miss something? Were we in charge of the money these last 2,000 years?

What about the last 8?

...This means that there is a strong impression of contradiction and hypocrisy when such a powerful, well-off organization presumes to not only tell others that they should stop loving wealth and power so much, but actually dares to describe such attitudes as "pagan." Love of wealth and power is human, not pagan, which means that it can be found in every religious, political, and economic system. Benedict's denunciation might as well have been of "Jewish" idols, but how would that have gone over?

Now I'm not saying we wouldn't screw it up if we had the chance. Greed is a human thing and Pagans - as a group - are just as greedy, feckless, gullible and short sighted as anyone else I know. But I also know the other kind of Pagan, the kind that, if they had Oprah money, wouldn't bother trying to become the great and powerful Oz but would give most (if not all) of it away to animal shelters, food banks and groups that help kids. (Silly, charity minded Pagans. No fancy robes or golden thrones for you!) If this monetary crisis teaches us anything, it is that handling money badly isn't limited to any one political party, religion, country or culture. We got here globally, as a group, and that's how we have to fix it.

On the fantasy side of things, wouldn't it be fun to see how Pagans would actually do if we had as much cash as some other groups we could name? As a lady once said:

All I want is the chance to prove that money can't make me happy.