Sunken Treasure: The Wreck of the Belitung 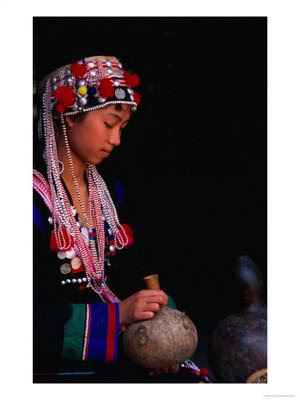 Ten years ago, at a spot known locally as "Black Rock", two men diving for sea cucumbers came across a large pile of sand and coral.

Digging a hole, they reached in and pulled out a barnacle-encrusted bowl. Then another. And another.

They had stumbled on the oldest, most important, marine archaeological discovery ever made in South East Asia, an Arab dhow - or ship - built of teak, coconut wood and hibiscus fibre, packed with a treasure that Indiana Jones could only dream of...

Among the most sensational artefacts found in the wreck are three dishes decorated with cobalt from Iran which represent the oldest blue and white ware ever found, settin 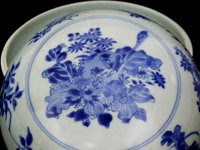 g back by several hundred years the invention of what would become known all over the world simply as "china."

A brief history of Chinese Porcelain

Photo 1: Woman in Traditional Dress From Women of Planet Earth

...in the case of objects retrieved from shipwrecks, it is frequently possible to trace their history from the potter’s wheel, to the packing of the objects, and ending with their tragic final resting place on the ocean floor.

It is sometimes possible to establish the date upon which catastrophe struck the ship, still laden with its cargo, as well as the name of the Captain, even the last thoughts he noted in the ship’s log. Often, the ship together with its cargo is found on the very spot it sank all those years ago, thus perfectly preserved in its historical context. This provides annunusual opportunity of finding a large collection of export objects, all of the same origine and all manufactured by a small number of potters. Everyday items used by the crew during their voyage are usually found amoung them. Frequently objects come to light that have never before been recorded.

What survives of the cargo gives us an incomplete picture...It is never possible to predict what exactly will be found on a shipwreck. It is therefore hard to imagine the thrill the diver must experience as he first touches these items, which have lain for so long, undisturbed, on the sea bed, as all the while history has continued to unfold in the world far above….