Rustic Field Houses & the WPA: Notes on History and Hope. 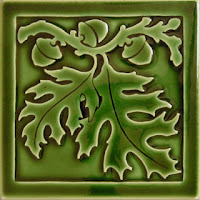 Times are hard, jobs are scarce, more people are becoming homeless, and folks are scared. This morning I read a moving article by a once well-to-do man who is now sleeping in his car and another about a brave sheriff who refused to evict innocent people from their homes. More women with children appear at shelters and more elders on fixed incomes worry about affording both heat and groceries, while grandmothers are going bankrupt. In loosing everything they have, these elders can leave little to their children, who as a group have not saved much for their own retirement. The grasshoppers have been counting on the ant generation only to find that a financial climate change puts everyone - savers and spenders alike - in danger.

As I read the news and count my own pennies I remember that we've been here before as a nation, and we found a way to create jobs and help those in need. I hope and believe that we can do this again.

During the Great Depression, President Roosevelt used the WPA (Works Progress Administration) to help create jobs, and shore up our infrastructure by repairing our roads, bridges and government buildings. (1) In so doing, he kept many people off the streets. The WPA also added to our country's collection of architectural and natural treasures. If you have ever stayed in a national park, you may have seen one of the buildings created during that time. You may have even stayed in the type of WPA era buildings known as a Rustic Field House. 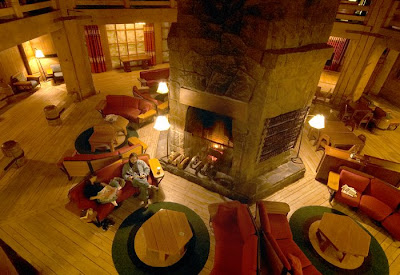 ....carried on a long-held tradition — the emphasis on harmonious design with a low impact on nature — that had its roots in the public park movement of the mid-19th century, the ideals of the Arts & Crafts Movement, and development of national parks at the turn of the 20th century. Old Faithful Inn, completed in 1902, is often credited with having influenced early parks buildings with a shared vocabulary of regional stone foundations and chimneys, and rafters, posts and beams made of exposed local logs and timbers.

It was a perfect fit. The Arts & Crafts Movement favored the beauty and honesty of traditional hand craftsmanship, the use of natural materials, and emphasis on simplicity.

One of the most beautiful examples of these is Timberline Lodge at Mt Hood in Oregon. A friend got married there several years ago. It was one of those weddings you are honestly happy to attend, and there was much rejoicing. While her reception went on upstairs, I walked outside and stood at the great stone balcony in front of the lodge where Franklin Roosevelt once stood. It was a clear spring night, rich with the scents of forest, field and water. I watched a full moon rise and spread it's gentle light over the valley. I could hear soft, romantic music coming from the open windows upstairs, and as I stood there I thought about the skillful, strong people who had built this place from the stone setters and iron workers to the weavers, quilters and carpenters. They must have been glad for the jobs that fed their families when so many others were hungry. I like to think they would be happy now to know that other generations would make their vows in this beautiful place.

The group of friends who were there that night have very different skills from the people who built it, but they are, I believe, equally creative, hardy and fine We are all going to need our many strengths and skills in the coming days. As winter approaches, I often think about the generation of the Great Depression (my own grandparents and parents) and how they got through it. The Times reminds us that

The WPA coordinated programs of various federal agencies that provided work to the unemployed during the Depression. WPA merged with the Public Works Administration in 1940 to become the Federal Works Agency. By 1941, the agency had employed more than 8 million people — a fifth of all workers in the country. In about nine years, it completed more than a quarter of a million projects encompassing nearly every field of economic and social activity. In King County, these programs left a valuable legacy of artistic, literary and historical accomplishments, as well as a wide range of public works — roads, bridges, docks, sidewalks, flood-control projects, parks, schools and public buildings included.

If you live here or plan to visit the Pacific Northwest, take some time to see one of these beautiful lodges. There is beauty here, and history and peace. Some of the courage these people brought to their work went into these stones. If they could look back, I think they would now be glad that in building this place, they have also helped to save a great part of this splendid mountain range from developers, who's greed and short sightedness rivals only that of their Wallstreet colleagues. Both of these powerful groups needed parental supervision and neither got it. I don't want that to be my generation's legacy; it's time to build something better. 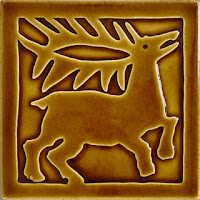 Will green jobs, infrastructure repairs and advances in medicine and high tech be a part of a new WPA? Right now, it's hard to know but I believe there is hope on the horizon - what we need now, is will. In a time of such economic hardship (with worse, it seems to come) it is helpful to remember that the government was once creative, proactive, and actually useful to people in times of need. It can be so again.

Craft In America - Artwork in the Lodges

(1) The WPA even employed artists, actors and writers, believing those folks to be a necessary part of our cultural fabric. What a concept.