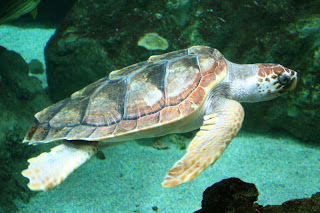 Right now, 42,000 gallons of oil is leaking into the gulf every day. Update: It has tripled in size and the protective booms are failing.

Help is needed.
ANIMAL HOTLINE: an emergency phone number (866-557-1401) has been established where people can report animals affected by the oil spill. The public is encouraged to have ready the number and type of animals, the date and time they were seen, their location and any observations about the animals' behavior. 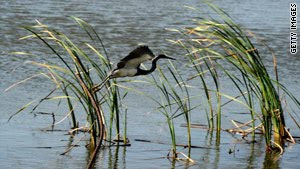 Efforts to minimize the damage from the huge oil spill from last week's rig explosion in the Gulf of Mexico are under way, but wildlife conservation groups say the oil could pose a disaster for Louisiana, Mississippi, Alabama and Florida coastal areas.

How can you help? A number of organizations are recruiting volunteers.

The Audubon Society, which is affiliated with the Louisiana Coastal Initiative, is making its Center for Birds of Prey in Florida available for bird cleansing and rehabilitation. Elsewhere, Audubon said it was gearing up to mobilize volunteers and provide assistance as the oil reaches land in Louisiana and elsewhere.

The Deep Water Horizon response team is looking for help in identifying shoreline and animals affected. Oiled wildlife should not be captured but instead reported at 1-866-557-1401. To report areas with oil ashore or to leave contact information to volunteer in the affected areas, call 1-866-448-5816.

These local organizations also are gathering volunteers' information as they prepare for the environmental damage this oil can cause:

The Alabama Coastal Foundation is collecting contact information from volunteers for cleanup efforts along the Alabama coast should the oil spill reach the state's shores. Call 251-990-6002

The Mobile Bay National Estuary Program is looking for volunteers to help reduce the potential impact of the oil spill in Mobile Bay. Call 251-431-6409.

The Mobile Baykeeper is asking for contact details of volunteers is collecting contact information for volunteers to respond anywhere along the Gulf Coast, if needed. Call 251-433-4229.

Save Our Seabirds is a Florida bird rescue group that is looking for volunteers and support as its response team prepares to help oiled wildlife. Call 941-388-3010.

To that I would also suggest that donations be sent to:

International Bird Rescue & Research Center. These wildlife rescue experts are on the ground as we speak. You can also donate to those organizations listed above.

...wildlife experts from across the country are traveling to Louisiana and other states to handle cleanup of Gulf oil spill animal victims, frustration and fear remain over the organization and predicted cost of the rescue efforts, as well as the projected long-term scope of the damage.

Again, members of the public cannot and should not go out and try and rescue animals on their own. Wildlife rescue volunteers undergo hazardous waste operations training before they can work with oil-affected animals. This is for their own safety as well as that of the wildlife effected.

There are lots of other ways you can help - check out the links listed above.

Oil & Gas magazine says this about the environmental impact:

The Gulf region contains about five million acres of wetlands, which are an essential habitat for three quarters of all of the migrating waterfowl that cross the US.

There are more than 3300 marine species in the Gulf, including six endangered species of whale. Its shores include the only known nesting beach of Kemp’s Ridley, the world’s most endangered sea turtle. There are also populations of protected Hawksbill, Loggerhead and Leatherback turtles, which are about to begin their nesting season and would be particularly vulnerable to oil washed up on beaches.

There are several shark species declared to be "of concern" because of declining populations. The Gulf is also home to one of the world’s largest populations of bottlenose dolphins, with an estimated 45,000 in its waters.

I recommend going to these groups directly as BP is slow in training and using volunteers, nevertheless:

BP and the federal government have established a hotline for volunteers. Please call 1-866-448-5816. We anticipate that there will an ongoing need for volunteers in the environmental cleanup effort. If you want to register your desire to help and receive updates click here.

For up to date information go here: http://www.deepwaterhorizonresponse.com

Animal Groups will be using the lessons learned from The Exon Valdeze Oil Spill in Alaska.

Discovery News reminds us that rescuing, handling and cleaning animals covered in oil is a difficult and dangerous process and should only be done by those trained in this work.

There are lots of ways you can help: Get the word out, donate funds (no matter how small), and supplies (check websites to see what these groups need), sign petitions for clean energy and let your voice be heard at the local and federal level.

I will continue to post updates several times a day on Twitter at Birdgarden. (You don't need to be signed in on Twitter to read these, just click on the link or read them from the Twitter feed in the right column at the Full Circle blog)

from BIRDERS MAGAZINE: Gulf Coast Oil Spill: What You Can Do To Help