Privacy and Trust Issues Among Us: Cameras At Events 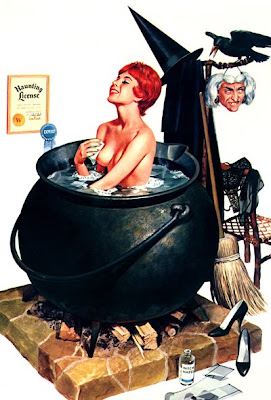 My recent adventures at Faerieworlds reminded me of the importance of using common sense and courtesy when taking photos. For example, the people in my group always asked if we could take our subject's picture if they were not wearing a mask and the photo might show their true face. I think it's important to remember that even in this day and age when so much about our lives is on public view some people still value their privacy. I happen to be one of those.

Too Sexy For My Clothes

We also checked with our subjects if we could post the pictures we took of them on-line via flickr, twitter or any of the other venues we all use to communicate these days. Faerieworlds is a joyful, creative event and some faerie costumes are skimpy, to say the least. People go there to listen to music in a free and joyous place and they are not thinking about the cameras around them when they are caught up in the dance. I think it's fair to say that not everyone wants a picture of themselves in a sexy costume plastered all over the web.

Some people, however attractive they may be in person, just don't like how they look in photos. Most of our friends were using digital cameras so we could show that person their picture right away. If they didn't like it, we deleted it on the spot.

We were especially careful when taking pictures of children and pre-teens and always asked the adult with them for permission, first, before snapping a picture. We would also ask a care giver's permission if we could post the child's photo on the web. No names of children are ever attached by us to their pictures for the sake of their privacy and that of their family.

Private Moments Are Just That

As I said, Faerieworlds is a large, public festival dedicated to celebrating art and music. If you are Pagan (and many who attend practice an earthwise path in some respect) you won't be "outed" simply by your presence at this event. As a result, most people most don't mind having their picture taken there. In fact, they work very hard on their costumes in order to revel, be seen and be photographed. But even at events such as Faerieworlds I am careful not to take a photo of someone in a trance dance or in a private moment (such as listening quietly to music or kissing their loved one) if I think for one moment that I could be intruding on their privacy.

So here is my question today. In a world where everyone goes public with their private lives, where do we draw the line? Below is an essay that contained my thoughts on that some years ago after a troubling incident occurred at a Pagan ritual at PantheaCon in 2003. That Pagan convention banned cameras in 2008. Meanwhile, the issue is still alive and well at other venues and the issue is still relevant.

Let me know what you think.

My friend Kat at WitsEnd has allowed me to post a link to her photos from Faerieworlds. Enjoy

Cameras at Rituals and Pagan Events

I recently attended a favorite open ritual of mine at a Pagan festival in Northern California. This ritual includes an hour long trance dance at its core. It is usually well attended and beautifully presented. This year’s experience was ruined for many of us by one woman who chose to bring a camera. She proceed to thrust this flash camera in the faces of many of the attendees while they were dancing, thus violating our privacy, our concentration and our ritual space in the same moment.

When confronted by the Wardens the woman claimed that she had a “right” to take these pictures because this was, after all, a “public ritual”, an argument so selfish, so wrong headed and so rude that it is hard to even begin to address it. Nevertheless, I will try. For those few among us who are not clear on the concept of privacy, I will point out that we come into a ritual space trusting that it will be a safe place. Simply attending a public ritual does not automatically give permission for anyone to take our photograph.

This “public ritual” was held in a hotel ballroom. It was a private event put on by a private group which was open to the public (i.e. the paying attendees) to attend. Allowing people who are not in your immediate Circle to attend a ritual does not give them the right to act as they please nor does it deprive the rest of us of our rights.

Even if such a ritual were to be held outdoors in a public park, simple courtesy would require that she ask permission before snapping pictures as she did. Most ritual groups do not allow anyone to take pictures, even in such spaces as that.

But such people as this woman do not think of such things. It falls to the rest of us to teach them about boundaries. Sadly, it only takes one such person to ruin a good time for the rest of us and this is something many festivals and circles now have to contend with. They have to do this, if only to protect them from lawsuits.

Law suits? Surely I must be joking? I’m not. I don’t have to tell you folks that many of our people are still in the closet about their belief systems. Some of us are at risk for losing family ties, jobs, friendships, or even custody of our children by coming out as Pagan. So, it should not seem strange to anyone that we don’t wish to have our picture taken while at a Pagan event. If someone’s privacy is violated at a festival and they lose their job as a result, you had better believe that there will be lawsuits a’ plenty.

Furthermore, most Pagans do not want to have their picture taken as this might make them self conscious and interfere with their concentration. Finally, it is not surprising to anyone with an ounce of sense that someone engaged in a trance dance might not want a flash going off in their face.

Alas, reasoning with this woman proved to be impossible. She was finally threatened with eviction from the ritual space (something that should have occurred immediately and without any sort of debate at all). When she realized that her bad behavior would not be tolerated she finally put her camera away.

It is because of behavior like this that most East Coast Pagan festivals have banned all types of cameras from their grounds entirely. This ban arose, in part, from a notorious incident at a outdoor festival. This popular festival is out in the wilderness and it draws thousands of Pagans every year. Several years ago, many hundreds of Pagans were dancing around the ritual fire at a large festival, and many were skyclad. These people were among their brother and sister Pagans on sacred ground far away from the prying eyes of outsiders, so imagine their surprise when they later discovered naked pictures of themselves for sale at various porn sites on the Internet.

This brings me to my next point: This woman had no right to capture anyone’s image without their knowledge or consent. This was an issue for Pagans in the early days of the movement and it is ten times more true for us in the age of the Internet. If she reads this, and she still doesn’t understand why her supposed “rights” should not be allowed to interfere with a sacred ritual or with the rights of every other person present then she is at liberty to contact me and I will explain this to her in words of one syllable. Then, if she still doesn’t understand, I will refer to my Pagan attorney. He will be delighted to explain this concept to her in more detail.

If you glean from this missive that I’m angry about this incident, you are quite right. The people who know me (and who know that I’m not the shy, retiring type) have asked why I didn’t just walk over to the women and confront her myself. I’ll be honest with you all, I didn’t confront myself because I did not trust that I could do so without violence; I was that angry. I choose instead to remove myself from this ritual and to point out some people in charge what I saw happening. To their credit, they intervened as soon as they saw the problem. Nevertheless, I can assure you all that that I will never again attend, remain at or recommend any ritual if I don’t see and hear the the organizers setting clear boundaries about issues as basic as camera use and acceptable ritual behavior.

Some years agao, Full Circle hosted this very same ritual group with great success at MUSE Camp and nothing of the kind happened there. This is because Full Circle sets boundaries that protect our attendees at all our events. Perhaps this story will serve as a reminder of what can happen when one person decides that their whims are more important then the good of all.

As a result of this incident, I have asked the folks at The Witches Voice to put up a page on camera use at Pagan events on their Festival Tips page. http://www.witchvox.com/festivals/tt00_intro.html. They have promised me that they will do so in the near future.

I have also made a formal complaint to the organizers of this festival about this woman and her behavior. Furthermore, I have spoken privately to the High Priestess who organizes this ritual. She is a person I like and have worked well with in the past. I believe that she will make whatever changes she needs to make in order to keep ritual attendees more safe in future. My thanks go to out to her and her Wardens for taking such fast action at the ritual itself.

As I have said, this incident came as a great surprise to her. She and her troupe have presented this ritual several times in the past and they have never had this sort of problem occur before. I can only hope that this incident will help her, the festival organizers, and other ritual designers set boundaries that will better protect the rights and privacy of their attendees.

Wishing you honor, love, and trust at all your rituals,

Originally written for Full Circle Newsletter and published on 3/2003

You say "Witch" like it's a bad thing: Thoughts on our image at Samhain

At Pagan events, we just need to be very clear about our rules and expectations. I am a big shutterbug. I like to document things this way, but I never sneak photos where they are not allowed or take photos of people without their express consent. If I want a shot of, say, a group of joyous Pagans dancing around a maypole, I'm careful to avoid faces and nudity.

I think this is just one of those things where courtesy and common sense goes a long way.