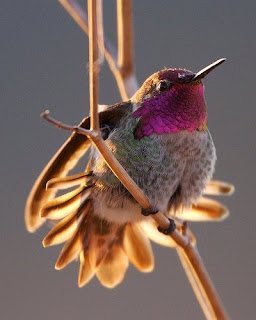 A Twitchhiker's Guide To the Galaxy:

I learned a new word today: Twitchhiker. It is used in a story about a lovely, intrepid man who is traveling the world as a twitchhiker, using only Twitter, in order to raise money and awareness for charity water. (1) Good for him.

A busy professional and mom at the House of Prince blog has written an commonsensical (2) post explaining Twitter to newcomers. It answers the question: What is Twitter?

Earthwise Circles and groups can use this to network and exchange information, as well, and they can do so in relative privacy. (1) You can set up a group-only Twitter page using Group Tweet.

As you can tell from my previous posts about Twitter, I am developing a love/hate relationship with this thing. I asked a Pagan counselor for her opinion on Twitter, Facebook, et al, and she said that networking sites could serve as "a dangerous form of digital narcissism". Yea verily, yea. Like anything else in this life, finding the balance is key to whether Twitter is a useful tool or an insidious waste of spirit.

Doonsbury has a comic riff on Twitter, with one character describing it as "a banal time sink". Pithy, and true. To no one's surprise Doonsbury's pompus news reporter and hero-in-his-own-head, Roland Hedly, is tweeting away like mad, as is the ultimate survivor, Uncle Duke.

The navel gazing perceived by both the social critic and the psychologist fits with the impressions I got after trolling the site for several weeks. That said, I am fully and delightedly on board with the twitchhiker's creative use of Twitter and I notice that several people over at Spiral Steps are now using it to keep in touch with other people in recovery in real time. If Twitter can help anyone get through it "one day at a time" then I'm all for it.

Keep in mind that you can use Twitter from a computer, as well as your cell phone. For more on this, go to Twitter.com.

If you do use it from your cell phone, watch out for text charges. If you have concerns, call your wireless provider and see what their policy is with regard to Twitter.

Sturgeon's Law says that "90% of anything is crap". In my few weeks spent flying about Twitter, I have found that to be so. And, yet....a friend of mine is having great fun following writer Neil Gaiman who now has over 165,000 followers on Twitter. (Fun fact: He says he gathered 6,000 of those after appearing on The Colbert Report). I am following Scott Simon, an NPR reporter I admire, as well as some Pagan pals like Anne Hill, and some birding enthusiasts. After 3 weeks spent playing around on Twitter my take is this: if you can avoid the 90% you don't want, you will find that there is a good 10% in Twitter that you do.

Speaking of trash (and wasn't this inevitable?) Twitter is now working to embed ads along with your text messages.

"Now" being the operative key word:

Twitter's real strength seems to be working as a search engine in real time. Paul Anthony at Web Distortion writes:

This real time capability has helped establish Twitter as a ‘help engine’ and the twittersphere is awash with stories of how Twitter has helped its users. Guy Kawasaki has had a laptop cable hand delivered by a fellow Twitter user - Matt Perez has used it to test different versions of a website on various mobile devices. It has even had more humanitarian benefits helping to prevent death threats at a school. It has even proven it’s worth through live tweeting at conferences, when a speaker became ill, and people rushed to help.

Many of us are now turning to Twitter as the first place to get an answer or help on a potential problem, its alot quicker than waiting for a reply on a message board.

For more Twitter news and tips, go to TwiTip.com

Be Here Now...or There? Twitter and the Dali Lamma

As a Taoist/Pagan I do worry that using Twitter (or the web or texting, etc.) on my cell phone keeps me from being in the present moment. I would miss observing the world around me and connecting to the other people in it. Oddly enough, I would miss those times spent standing in line where, as Dr. Weil suggests, I can simply focus on my breathing to center and relax. I would miss the casual, pleasant conversations I can have with people I meet in cafes and other places, while all around me others put their focus on laptops and tiny screens.

Perhaps I am making too much of this? I'm not sure. I do know one thing that is, to me, rather significant; the Dali Lamma is too busy doing his work to Twitter on about it. For more on this see: Why The Dali Lamma Isn't Twittering.

If you are considering using Twitter, I would also recommend this article:

If you are following more than one person via your computer as I am, I would recommend using what is known as a Tweet Deck. It will make your life a lot easier. (The original deck has a very gothic look, which many people love. If this doesn't suit you, you can change the colors very easily at the site.)

If you need to shorten a url to fit the 140 characters limit, you can either use the feature at TweetDeck or go to bit.ly/

I look forward to seeing what it might become...and yes, I still hate Twitter on some levels, but if it can be used to help some kids get clean drinking water, then I will hate it a little less.

Have fun and be careful out there,

Full Disclosure: I am on Twitter, lurking, and following several Pagani I admire while trying to avoid the dreck. I am also enjoy the bird and biology notes I get from three wild women I've met there. If you want to see my own Twitter page, you can find me at Birdgarden.

I've been told that we should all claim our names there while we still can, even if we don't use it. Please keep to the first lines of the Twitter Reed (3): Bore Not. Waste Not Time That Could Be Spent Smelling Roses.

(1) Again, see my earlier post on privacy and never assume that anything you put up on the net or send via email is actually private.

(2) Stephen Colbert isn't the only one who can invent words.

Photo: Hummingbird photo found at the SEO Blog
Posted by Dj Connell at 7:00 AM

Love this roundup. Thanks for featuring me. NB: Gaiman has over 150,000 followers...you missed a digit. That man has crazy broadcast power.

Correction made. Thank you for alerting me to that lost zero.

Can you believe this guy? He does all this while being funny, human and interesting.

But then there is this....
http://blogs.computerworld.com/google_twitter

Time to go Trim the Roses...