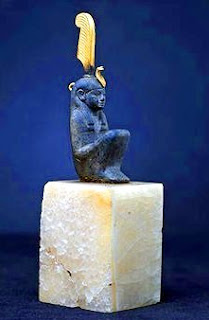 There are serveral reasons why I won't use Facebook, but this is chief among them:

Facebook is to be quizzed about its data protection policies...The investigation follows a complaint by a user of the social network who was unable to fully delete their profile even after terminating their account.

I first heard this complaint from Rowan Fairgrove over at Second Life. Rowan is a very tech savy gal, and she found that when she left Facebook, she could not delete her information. They have indeed turned into the Hotel California- you can check out, but you can never leave. You can read more about this issue at the BBC site, in a story titled Facebook Faces Privacy Questions

I have the same sorts of concerns about Goggle Reader and Gmail. If you use Gmail, I would suggest reading When Google Is Not Your Friend by Declan McCullagh at CNET.

As Annelee Newitz noted way back when, in her article Dataopocalypse

To pay for this amazing free service, Google is serving up a few little ads with each email. No big deal.

Except these ads are context sensitive. They're generated by bots reading your email the instant you open it, discerning key concepts in the message and choosing ads that somehow fit with the content of your email. So an email from your friend about picking up some bagels will be accompanied by ads for bagel shops in your area. An email from your lover which refers to an intimate moment you had the night before might include ads for sex toys or online dating services.

These days, information surveillance is the name of the game. Companies make huge profits from collecting and selling your personal information. Money can also be made by providing wide ranging background checks for private employers and goverment agencies.

These days, your most private email can also be used against you in a court case . Gmail will give the goverment pretty much anything it wants, any time it wants it. As Brad Templeton, of the Electronic Frontier Foundation, writes in his blog:

...because GMail gets your consent to be more than an e-mail delivery service -- offering searching, storage and shopping -- your mail there may not get the legal protection the ECPA (Electronic Communications Privacy Act) gives you on E-mail.

Google Reader is also problematic. Jack Schofield wrote an article for The Guardian titled Google Reader Invades Your Privacy and It's Not Going To Stop, which should be required reading for anyone who doesn't want Big Brother looking over our shoulder, checking our on-line search patterns, our reading habits, our political opinions, and our buying choices.

Alter.net says this in their recent story on society and spying:

When one of America's largest electronic surveillance systems was launched in Palo Alto a year ago, it sparked an immediate national uproar. The new system tracked roughly 9 million Americans, broadcasting their photographs and personal information on the Internet; 700,000 web-savvy young people organized online protests in just days. Time declared it "Gen Y's first official revolution," while a Nation blogger lauded students for taking privacy activism to "a mass scale." Yet today, the activism has waned, and the surveillance continues largely unabated.

Generation Y's "revolution" failed partly because young people were getting what they signed up for. All the protesters were members of Facebook, a popular social networking site, which had designed a sweeping "news feed" program to disseminate personal information that users post on their web profiles. Suddenly everything people posted, from photos to their relationship status, was sent to hundreds of other users in a feed of time-stamped updates. People complained that the new system violated their privacy. Facebook argued that it was merely distributing information users had already revealed. The battle -- and Facebook's growing market dominance in the past year -- show how social networking sites are rupturing the traditional conception of privacy and priming a new generation for complacency in a surveillance society. Users can complain, but the information keeps flowing.

So be careful out there,

The primary duty of the pharaoh was to uphold this order by maintaining the law and administering justice. To reflect this, many pharaohs took the title "Beloved of Maat," emphasizing their focus on justice and truth.

At any event in which something would be judged, Maat was said to be present, and her name would be invoked so that the judge involved would rule correctly and impartially. In the underworld, the heart of the deceased was weighed by Anubis against Maat's feather. If the heart was heavy with wicked deeds, it would outweigh the feather, and the soul would be fed to Ammit. But if the scales were balanced, indicating that the deceased was a just and honorable person in life, he would be welcomed by Osiris into the Blessed Land. Maat's presence in all worlds was universal, and all the gods deferred to her. ....Even the gods are shown praising Maat.
Posted by Dj Connell at 2:13 PM