Someone You Should Know: John McCain 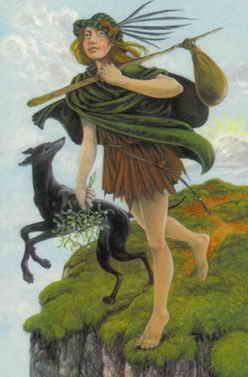 A Closer Look at the Life and Career of John McCain Reveals A Disturbing Record of Recklessness and Dishonesty
Excerpt:

...This is the story of the real John McCain, the one who has been hiding in plain sight. It is the story of a man who has consistently put his own advancement above all else, a man willing to say and do anything to achieve his ultimate ambition: to become commander in chief, ascending to the one position that would finally enable him to outrank his four-star father and grandfather.

In its broad strokes, McCain's life story is oddly similar to that of the current occupant of the White House. John Sidney McCain III and George Walker Bush both represent the third generation of American dynasties. Both were born into positions of privilege against which they rebelled into mediocrity. Both developed an uncanny social intelligence that allowed them to skate by with a minimum of mental exertion. Both struggled with booze and loutish behavior. At each step, with the aid of their fathers' powerful friends, both failed upward. And both shed their skins as Episcopalian members of the Washington elite to build political careers as self-styled, ranch-inhabiting Westerners who pray to Jesus in their wives' evangelical churches.

In one vital respect, however, the comparison is deeply unfair to the current president: George W. Bush was a much better pilot.

Image: The Fool card from the Tarot

Who You Callin' A Maverick?

In the 1800s, Samuel Augustus Maverick went to Texas and became known for not branding his cattle. He was more interested in keeping track of the land he owned than the livestock on it, Ms. Maverick said; unbranded cattle, then, were called “Maverick’s.” The name came to mean anyone who didn’t bear another’s brand.

....Maury Jr., was a firebrand civil libertarian and lawyer who defended draft resisters, atheists and others scorned by society. He served in the Texas Legislature during the McCarthy era and wrote fiery columns for The San Antonio Express-News. His final column, published on Feb. 2, 2003, just after he died at 82, was an attack on the coming war in Iraq.

Terrellita Maverick, sister of Maury Jr., is a member emeritus of the board of the San Antonio chapter of the American Civil Liberties Union of Texas.