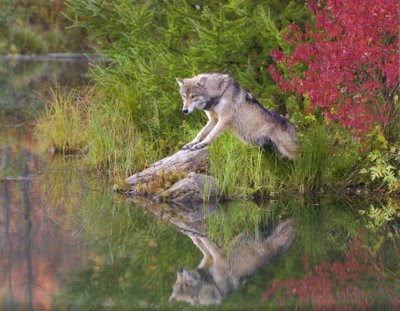 Terry Pratchett recently gave an interview to the UK Telegraph in which he said:

"I'm certainly not a man of faith, but as I was rushing down the stairs one day... it was very strange. I suddenly knew that everything was okay, that what I was doing was right, and I didn't know why."

You can read the rest of the interview here.

The Telegraph claims that the noted humanist may have got religion. To this Pagan gal it does not sound like he "found God" as they suggest. It sounds like he is pondering metaphysics. For someone as interested in science and physics as he is, it is a logical step.

"It is just possible that once you have got past all the gods that we have created with big beards and many human traits, just beyond all that, on the other side of physics, they just may be the ordered structure from which everything flows."

In other Pratchett news, he has taken the NHS to task recently over their drug policy and is teaching himself to type again on an almost daily basis.

Mr Pratchett said: "The only obvious sign even to myself is that my typing, which used to be pretty good touch-typing, is now the old traditional hunt and peck."

He said it was "a huge nuisance, because like a lot of journalists I need to hit the keys in order to think".

"I’m having to relearn to type practically every day," he added.

Despite the setback, Mr Pratchett revealed that this morning that he had sent his latest book to his publishers and has already begun his next novel.

May the Goddess guard him.