Reclaiming Mother's Day: What Julia Ward Howe Has To Teach Us 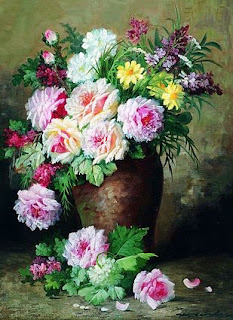 For those who are interested, my article titled Beyond Mere Sentiment: Reclaiming Mother's Day can be found at the link above. Among other things, it contains information on the radical origins of Mother's Day. Below you will find the Mother's Day Proclamation by Julia Ward Howe, (1) one of the great Transcendentalist Women.

Excerpt from Beyond Mere Sentiment:

Julia (Ward Howe) a poet and suffragist, began her work to honor mothers as a radical act. We tend to forget that mothers are, and always have been, politically and socially active....

...The many images of the Great Mother give us a sense of this. Her secret is contained within a paradox of seeming contradictions. She is both and equally, Kuan Yin and Kali, Isis and Morrigan, Aphrodite and Hecate, Lakshmi and Durga, Freya and Ha Hai-i Wuhti. In other, psychologically profound myths, she is portrayed as Medea, who destroyed her children in a fit of rage, and Lysistrata who organized other mothers, stopped a war and saved two cities in the process. To see only one, sweet side of a mother is to ignore the complex, empowering truth of Her; a truth we can’t afford to miss.

Happy Mother's Day to you and yours,

Arise, then, women of this day!

Arise, all women who have hearts,
Whether our baptism be of water or of tears!

Say firmly:
"We will not have great questions decided by irrelevant agencies,
Our husbands will not come to us, reeking with carnage, for caresses and applause.
Our sons shall not be taken from us to unlearn
All that we have been able to teach them of charity, mercy and patience.
We, the women of one country, will be too tender of those of another country
To allow our sons to be trained to injure theirs."

From the bosom of the devastated Earth a voice goes up with our own.
It says: "Disarm! Disarm! The sword of murder is not the balance of justice."
Blood does not wipe out dishonor, nor violence indicate possession.
As men have often forsaken the plough and the anvil at the summons of war,
Let women now leave all that may be left of home for a great and earnest day of counsel.

Let them meet first, as women, to bewail and commemorate the dead.
Let them solemnly take counsel with each other as to the means
Whereby the great human family can live in peace,
Each bearing after his own time the sacred impress, not of Caesar,
But of God.

In the name of womanhood and humanity, I earnestly ask
That a general congress of women without limit of nationality
May be appointed and held at someplace deemed most convenient
And at the earliest period consistent with its objects,
To promote the alliance of the different nationalities,
The amicable settlement of international questions,
The great and general interests of peace.
Endnotes:

(1) Julia lived from 1819 - 1910 and was married to a man who did not appreciate or support her work. In her journal she wrote: "I have been married twenty years today. In the course of that time I have never known my husband to approve of any act of mine which I myself valued. Books—poems—essays—everything has been contemptible in his eyes because not his way of doing things. . . . I am much grieved and disconcerted." Her personal pain led her to a greater understanding of her own nature and talents and helped her move beyond the limitations of her time and class. Here is one of my favorite quotes from her writing:

During the first two thirds of my life," Howe recalled, "I looked to the masculine idea of character as the only true one. I sought its inspiration, and referred my merits and demerits to its judicial verdict. . . . The new domain now made clear to me was that of true womanhood—woman no longer in her ancillary relation to her opposite, man, but in her direct relation to the divine plan and purpose, as a free agent, fully sharing with man every human right and every human responsibility. This discovery was like the addition of a new continent to the map of the world, or of a new testament to the old ordinances."

This discovery was like the addition of a new continent to the map of the world, or of a new testament to the old ordinances."