Love Is The Answer: How Neglect Hurts Our Kids 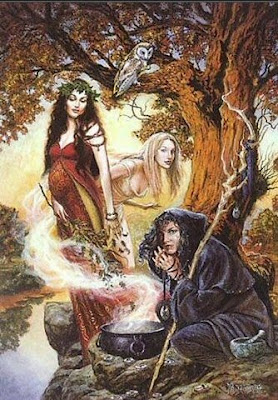 Science Daily recently posted an recent study on their website which claimed that:

Children who are neglected before their second birthday display higher levels of aggressive behavior between ages 4 and 8, according to a University of North Carolina at Chapel Hill study, published in the journal Pediatrics.

....More than 1,300 children from four cities and one Southern state are participating in the longitudinal study, which is coordinated by the UNC Injury Prevention Research Center (IPRC). All were known to have been maltreated or were at risk of maltreatment. They were monitored from birth through age 8. A child was considered neglected if his parents or caregivers did not provide adequate supervision or failed to meet the child's minimum physical needs for food, clothing and shelter. Abuse was defined as either sexual or physical.

Aggression -- arguing, cruelty to others, destruction of property, disobedience, threatening people and fighting or physically attacking others -- was based on perceptions of the child's primary caregiver, who was interviewed when the child was aged 4, 6 and 8.

This is not the whole picture. For example, the study does not seem to take into account the child's relationship to the parent and, most importantly, the child's perception of their worth and abilities in the eyes of their caregivers. In other words, what a child (or teenager) thinks and believes about what their caregiver believes about them, is what they believe about themselves. (1) If our parents see us as worthy, capable, lovable, intelligent and unique then we will see ourselves that way. If not, we will struggle through life to find our authentic and best selves. We may spend years looking for approval from without, rather then finding it within. Good parenting gives us a center we can work from. The center helps us make healthy choices throughout our lives. Poor parenting leaves us ungrounded, insecure, vulnerable and anxious.

Any parent can tell us that children see, hear and know a great deal, even at a very young age. If a child is neglected under this definition (by, for example, an parent could could barely take care of themselves or ones who had to work two jobs) but still felt loved and cherished, overall, the response could be quite different then this study suggests. I have seen children raised in extreme poverty and in violent neighborhoods who still had a light inside because they felt love and approval from their parents, even if that parent could not be with them as much as they wanted. I have seen other children raised with every possible advantage except the unconditional love and conscious attention of their parents. These children had low self esteem and were often aimless, bitter, suicidal, depressive, codependent, violent and prone to compulsive/addictive behavior.

Studies of children who endured the terrible bombings in London with their families during WWII offer us another example. They proved that human beings can be in horrific situations but as long as we feel loved, we can come through it in much better emotional shape than someone who is physically safe, but bereft of both comfort and love.

Furthermore, not all those who suffer from neglect in early life become aggressive, although I would agree that many do. Human beings are complex and capable of a whole range of responses. In my experience as a teacher, some people never become aggressive at all. Some become hypervigilent, some are fearful and depressive. Some become passive/aggressive, codependent, perfectionistic or super responsible. Others become addicted to adrenalin and stress. Some children build a world of their own and retreat into that. Even if you are not a parent or a teacher, you may still have seen this; many of the same reactions can often be observed in cats, dogs, birds and horses that have been neglected or mistreated. They, too, can often be saved if we offer them enough patience, insight and love.

Some people are lucky enough to find other sources of connection besides their parents and caregivers. This is one reason why I think that early, well supervised Day Care facilities, good schools, and positive interactions with other family members and/or friends can be so important. Bonds established in a blended family can also play a role, as do the influence of grandparents and teachers. Sometimes all it takes is for one person to see us as special, unique and worthy for us to make it through the gods awful minefield that childhood can be.

Television and the arts play a vital role for many because they offer young people a creative window into other ways of being. In my experience, just knowing that there are possibilities besides the life they find themselves in has helped many young people survive and even thrive in harsh conditions. I've lost count of the number of Pagans I know who say they were saved by their love of books and I have seen many of my students find their heart's path through reading as well as music, drawing, and performing. Others find this in their connection with animals and nature and some find it through sports. Women's basketball and soccer wasn't widely offered, let alone televised, in my day, and I'm delighted to see a younger generation finding their strength through healthy competition in a team setting, as well as, martial arts, hiking, dance, yoga and other physical activities. If I had a young girl growing up in my household, I would encourage her to explore the full range of her physical powers, as well as her creative and intellectual gifts.

Neglect is not the only issue. Sometimes parents can pay a great deal of attention to their kids, but it's entirely the wrong kind. Sociologists and Scientists have long known that abusive child rearing produces agression in children. That "spare the rod and spoil that child" stuff has a lot to answer for. As John Bradshaw notes, parents need to be disciplined, disciplinarians. In other words, the doormat and the control freak both do an equal amount of damage.

I agree with the authors that neglect should be studied more, especially as it is so widespread. As one author of this recent study notes:

"This isn't the first time we've seen evidence suggesting that in some circumstances, neglect can be as harmful to children as abuse," said Hussey, who published a study in Pediatrics in 2006, linking neglect to teenage violence, depression and drug use. "Understanding the consequences of early childhood neglect will help us plan programs and other interventions to benefit these children throughout their lives."

How long have we been saying "No justice, no peace"? That includes justice for our kids, who need far more attention, support, health care, protection, education and social services then we as a nation are willing to provide. It includes justice for their parents, who may need more education, not to mention intervention, employment, counseling and social support. It is any wonder, then, that we live in a violent society? Dysfunctional systems produce dysfunctional - and often violent - results.

(1) This insight come from the work of H. Stephen Glenn, among others.

Note: My thanks to the Hug The Monkey blog for pointing me to this study.
Posted by Dj Connell at 9:11 AM