Annie Leonard & The Story of Stuff 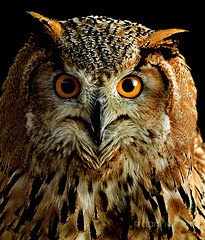 Less Stuff, More Fun!
Today, I would like to share the Green Challenge from Slate Magazine, and a fascinating article on Annie Leonard, a committed woman (one among many) who's making a difference. According to the Green Life section of the Star blog,

She’s an environmental activist who spent 18 years digging through dumps and factories in places like Bangladesh and Haiti researching the international dumping of garbage for environmental groups like GreenPeace and Health Care Without Harm.

After three years of lecturing on the destructive nature of the disposable consumer culture, she condensed her talk into a 20-minute free on-line video called “The Story of Stuff” which is has become an underground hit – averaging 15,000 new views every day.

In it, Leonard shows how most stuff we buy is made to break or seem run-down and old fairly quickly, in order to keep us buying more. She calls it planned and perceived obsolescence – terms coined first by U.S. industrial designer Brooks Stevens in 1954 — and she reveals how it’s been enshrined not only in North American culture, but economic policy since the 1950s.

“It was a combination of the government and industry groups that decided to push excessive consumerism as the defining force in American culture, which includes where people gets their self-fulfillment,” Leonard says in an interview from her office in Berkeley, California.

But instead of fulfillment, North Americans are decidedly more miserable than they were 60 years ago, she says – trapped in a culture of trying to buy shiny new versions of happiness predestined to break. (1)

Want to lighten your load? Try the Freecycle website or consider donating some things to a worthy cause in your area. JustGive.org can help you find a charity that can use your old cell phone, car, clothes, computers, and even hair. (2)

Photo: Siberian King Owl by Dani Hernaz at Flickr. Click on his page to see the larger version. It's stunning. He has a wonderful eye for wildlife.

“The motto was `less stuff, more fun,’” says McMahon, a mother of two known affectionately as the “eco-witch” of her Danforth-Woodbine neighbourhood. “Consumption is terrible for the planet. All this stuff uses a lot of energy — creating it makes pollution, selling it, then using it and disposing of it. Do we really need it? Does it make us happy?”

The neighbourhood posse of mothers is part of a growing movement around the world that’s unplugging from the consumer grid. Instead of buying green, or buying recycled, they’re just not buying.

(2) I knew a woman acing chemo and radiation treatments who cut off all her hair and gave it to this charity. I was there when she did it, a part of a circle of women who were toasting her and laughing with her and admiring her new short hair cut. Locks of Love is a great organization. For the record, this lady is going on 10 years cancer free.