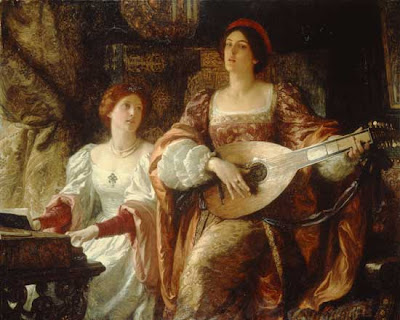 I found this note on a Mythic Motherhood theme at Paleothea: The Ancient Goddess blog (1) and I plan to participate. I hope that other earthwise bloggers will, as well. Paleothea wrote:

Taking my cue from Between Old and New Moons, I want to suggest a synchroblog of my own. I would love to see all of the myth blogs get together to talk about Motherhood. And because my definition is sort of broad, I invite those who prefer to identify as religious and spiritual blogs as well!

Apparently, this is commonly called a syncroblog. Really? With the full force of the English language (not to mention Latin, Greek and all our evocative modern slang) laid out before us as gifts that is the term we have decided to use? Sad.

Update 3/31 I should note that neither lady coined the term, they are simply using one already in practice. Geek speak can often be amusing and inventive. This is not one of those times. Oh, it's useful. It just lacks .... poetry.

Later that same day.....still mulling over this: Word Geeks (of which I am one) will recognize the root word in that term. It comes form Syncretism, which, as the Wickipedia entry notes:

consists of the attempt to reconcile disparate or contradictory beliefs, often while melding practices of various schools of thought. The term may refer to attempts to merge and analogize several originally discrete traditions, especially in the theology and mythology of religion, and thus assert an underlying unity allowing for an inclusive approach to other faiths.

Pagans might find this interesting - it's something we struggle with quite often:

The Greek word occurs in Plutarch's (1st century AD) essay on "Fraternal Love" in his Moralia (2.490b). He cites the example of the Cretans, who reconciled their differences and came together in alliance when faced with external dangers.

The due date for such blog posts is April 1st.