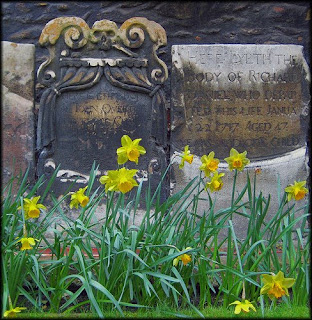 It's Spring. Go have some fun. Real fun, not the enforced, fake jollity that passes for fun these days. Not the Oh Gods, I've have/done/taken/drunk way too much and now I'll really pay for this fun. Real fun.

Yes, times are hard. But fun doesn't have to be expensive. Grab some friends and go outside . Dance, drum, sing. Cook some food. Tell stories. Try something new. Oh, go ahead; dare to look a little silly. It's Spring and the hares are dancing, what better time could there be?

The alternative? Depression. Apathy. Inertia. Anxiety. All the ills of our modern, guilt ridden world.

Below you'll find an excerpt from an article on Dancing In the Streets: A History of Collective Joy by Barbara Enrich (It's a very long article but it is well worth your time. I've quoted several paragraphs here which I think are especially relevant)

Four hundred - even 200 - years ago, most people would have interpreted their feelings of isolation and anxiety through the medium of religion, translating self as "soul"; the ever-watchful judgmental gaze of others as "God"; and melancholy as "the gnawing fear of eternal damnation". Catholicism offered various palliatives to the disturbed and afflicted, in the form of rituals designed to win divine forgiveness or at least diminished disapproval; and even Lutheranism, while rejecting most of the rituals, posited an approachable and ultimately loving God.

Not so with the Calvinist version of Protestantism. Instead of offering relief, Calvinism provided a metaphysical framework for depression: if you felt isolated, persecuted and possibly damned, this was because you actually were.

John Bunyan seems to have been a jolly enough fellow in his youth, much given to dancing and sports in the village green, but with the onset of his religious crisis these pleasures had to be put aside. Dancing was the hardest to relinquish - "I was a full year before I could quite leave it" - but he eventually managed to achieve a fun-free life. In Bunyan's Pilgrim's Progress, carnival is the portal to Hell, just as pleasure in any form - sexual, gustatory, convivial - is the devil's snare. Nothing speaks more clearly of the darkening mood, the declining possibilities for joy, than the fact that, while the medieval peasant created festivities as an escape from work, the Puritan embraced work as an escape from terror.

......So if we are looking for a common source of depression on the one hand, and the suppression of festivities on the other, it is not hard to find. Urbanisation and the rise of a competitive, market-based economy favoured a more anxious and isolated sort of person - potentially both prone to depression and distrustful of communal pleasures. Calvinism provided a transcendent rationale for this shift, intensifying the isolation and practically institutionalising depression as a stage in the quest for salvation. At the level of "deep, underlying psychological change", both depression and the destruction of festivities could be described as seemingly inevitable consequences of the broad process known as modernisation. But could there also be a more straightforward link, a way in which the death of carnival contributed directly to the epidemic of depression?

It may be that in abandoning their traditional festivities, people lost a potentially effective cure for it. Burton suggested many cures for melancholy - study and exercise, for example - but he returned again and again to the same prescription: "Let them use hunting, sports, plays, jests, merry company ... a cup of good drink now and then, hear musick, and have such companions with whom they are especially delighted; merry tales or toys, drinking, singing, dancing, and whatsoever else may procure mirth." He acknowledged the ongoing attack on "Dancing, Singing, Masking, Mumming, Stage-plays" by "some severe Gatos," referring to the Calvinists, but heartily endorsed the traditional forms of festivity: "Let them freely feast, sing and dance, have their Puppet-plays, Hobby-horses, Tabers, Crowds, Bagpipes, &c, play at Ball, and Barley-breaks, and what sports and recreations they like best." In his ideal world, "none shall be over-tired, but have their set times of recreations and holidays, to indulge their humour, feasts and merry meetings ..." His views accorded with treatments of melancholy already in use in the 16th century. While the disruptively "mad" were confined and cruelly treated, melancholics were, at least in theory, to be "refreshed & comforted" and "gladded with instruments of musick". 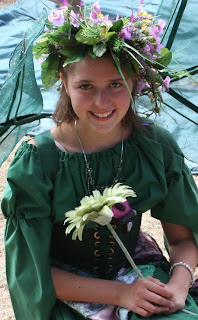 .....We cannot be absolutely sure in any of these cases...that festivities and danced rituals actually cured the disease we know as depression. But there are reasons to think that they might have. First, because such rituals serve to break down the sufferer's sense of isolation and reconnect him or her with the human community. Second, because they encourage the experience of self-loss - that is, a release, however temporary, from the prison of the self, or at least from the anxious business of evaluating how one stands in the group or in the eyes of an ever-critical God. Friedrich Nietzsche, as lonely and tormented an individual as the 19th century produced, understood the therapeutics of ecstasy perhaps better than anyone else. At a time of almost universal celebration of the "self", he alone dared speak of the "horror of individual existence", and glimpsed relief in the ancient Dionysian rituals that he knew of only from reading classics - rituals in which, he imagined, "each individual becomes not only reconciled to his fellow but actually at one with him".

The immense tragedy for Europeans, and most acutely for the northern Protestants among them, was that the same social forces that disposed them to depression also swept away a traditional cure. They could congratulate themselves for brilliant achievements in the areas of science, exploration and industry, and even convince themselves that they had not, like Faust, had to sell their souls to the devil in exchange for these accomplishments. But with the suppression of festivities that accompanied modern European "progress", they had done something perhaps far more damaging: they had completed the demonisation of Dionysus begun by Christians centuries ago, and thereby rejected one of the most ancient sources of help - the mind-preserving, life-saving techniques of ecstasy.

To read more of the article above, go to: The Guardian and read: How We Learned To Stop Having Fun

In a way it's a shame that we've hidden our gravestones away. They remind us that we're all going to die and that we should enjoy our lives while we have them. Carpe Diem, as the man said, Harvest the day.

Some of us have more fun on our way to the other side. Why not be one of those?This planet is a gift. Protect Her. Life is a gift. Celebrate yours. Joy is our birthright. Share some.

If I Can't Dance In Your Revolution

Review of Dancing In The Streets By Rick the Librarian

My thanks to Kyle at Beautiful People of the Future for the link to this article.

Photos: The first photo is titled Richard, January 22 1717 Aged 47 by frscspd in England. Click here to see her photostream. The second photo is by WitsEnd Photos and is titled Green Fairy.
Posted by Dj Connell at 8:19 AM