Sexism Bad, Makes Us Mad, You'll Be Sad: Got That? 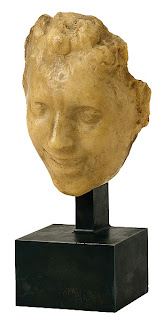 Yes, we are angry at the sexist claptrap thrown at Hillary, whether we plan to vote for her or not, because we know the real reasons you folks both hate and fear her. She is woman, she is Other. Worse yet, she does not know her proper place.

But we're also laughing. We've been here before. We know what goes around, comes around.....eventually And we're going to make sure it does so in a timely manner.

Let it work;
For 'tis the sport to have the enginer
Hoist with his own petar; and 't shall go hard
But I will delve one yard below their mines
And blow them at the moon: O, 'tis most sweet,
When in one line two crafts directly meet. - Hamlet

Sexists, you're on notice. What you do and say is every bit as sick and shameful as racism, and it deserves the same level of scorn and concern from decent people.

As Gloria Steinem recently wrote in the New York Times:

..why is the sex barrier not taken as seriously as the racial one? The reasons are as pervasive as the air we breathe: because sexism is still confused with nature as racism once was; because anything that affects males is seen as more serious than anything that affects “only” the female half of the human race; because children are still raised mostly by women (to put it mildly) so men especially tend to feel they are regressing to childhood when dealing with a powerful woman; because racism stereotyped black men as more “masculine” for so long that some white men find their presence to be masculinity-affirming (as long as there aren’t too many of them); and because there is still no “right” way to be a woman in public power without being considered a you-know-what.

We don't like the pervasive sexist behavior in this election. We speak out when you do it. And then - in this brave new blogging world - you are caught in that act, and have to apologize, publicly.

When Chris Matthews' long-winded monologue at the opening of the January 17 Hardball program eventually touched down with an apology to Sen. Hillary Rodham Clinton (D-NY) for the way the cable talker had been treating the candidate on the air, the moment represented an unmistakable victory for the liberal blogosphere.

By not only getting Matthews to apologize, but by also forcing the rest of the press -- post-New Hampshire -- to back off its, at-times, overtly sexist coverage of a prominent Democratic contender, the blogs have already had more impact on how the traditional press covers this presidential campaign than they did during the entire 2004 White House run.

.... Matthews has referred to Clinton as "She devil." He has repeatedly likened Clinton to "Nurse Ratched," referring to the scheming, manipulative character in One Flew Over The Cuckoo's Nest who "asserts arbitrary control simply because she can." He has called her "Madame Defarge." And he has described male politicians who have endorsed Clinton as "castratos in the eunuch chorus."

Matthews has compared Clinton to a "strip-teaser" and questioned whether she is "a convincing mom." He refers to Clinton's "cold eyes" and the "cold look" she supposedly gives people; he says she speaks in a "scolding manner" and is "going to tell us what to do."

Got caught with your pants down, didn't ja?

Did you learn your lesson, all of you? Now grow up. Treat her with the respect due to a Senator - a Candidate - a Mother - a Woman - a Human Being.

and remember this: We're watching. We're Listening. We're Speaking Out.

No matter who wins this election, you will become a joke. Your fifteen minutes will be over. But we women will still be here. Laughing....and leading.

Notes: My thanks to Echidne of the Snakes for the updates on this story - congrats on your recent award.

Fear of Women in Politics
Posted by Dj Connell at 10:53 AM

No matter who wins this election, you will become a joke. Your fifteen minutes will be over. But we women will still be here. Laughing....and leading.

From your keyboard to the Goddess' ears.

Ah, but you're the one doing the heavy lifting. Who else can mix politics and poetry as you do?