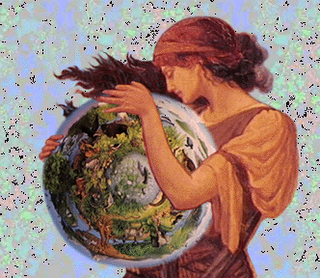 A friend recently sent me a note, pointing out that an article I'd written for the Witches Voice has passed it's third anniversary and now has close to 20,000 hits: It's A Mystery: Dysfunctional Behavior and the Pagan Scene

Well, well. For a quiet soul like me that's kind of nice.

I get still get letters from people this article has helped, and that always makes my day.

Since I don't believe in stating a problem without also offering a solution, I also wrote Part II, Healthy Pagan Groups and Individuals.

I notice that only half the people who read the first part, read the second part.

What do you suppose that means?