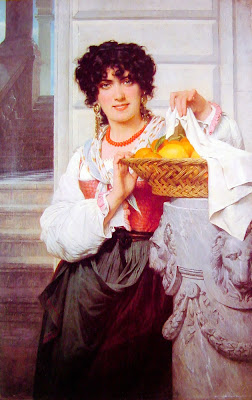 Fyrehawk, one of our Senior Staff, has ask me to post this announcement today writing, Please pass this around. It affects all of us 'differently oppressed' folks. And so I will.

NOW is asking citizens to: Urge your senators to support S. 1105. After 15 years of determined advocacy on behalf of hate crimes prevention legislation, it appears we have a chance this year to pass an effective, inclusive bill. The House passed its version of the Hate Crimes Prevention Act, H.R. 1592. Next, the Senate takes up the bill. Please send a message to your senators today.

The Senate will soon consider its version of the hate crimes legislation formally known as The Local Law Enforcement Hate Crimes Prevention Act of 2007. Introduced in the House as H.R. 1592 by Representative John Conyers (D-Mich.), and in the Senate as S. 1105 by Senators Edward Kennedy (D-Mass.) and Gordon Smith (R-Ore.), this bipartisan proposal will expand current federal hate crimes protections for race, color, religion and national origin and include, for the first time, protections against violent bias crimes committed on the basis of disability, gender, sexual orientation and gender identity.

Lightening a Candle Is Not Enough - Vote!
While you are at it, why not Register to Vote? Or, set up a Voter Registration Table at your next event.
I will leave you with this thought, courtesy of Fyrehawk:

6/1/07 Update: For more articles about this and other bills that directly effect you, check out the BETA Blog site at Open Congress.
Go well, stay well,

Backlash: The Undeclared War Against Women & Stiffed: The Betrayal of the American Man both by Susan Faludi. If you wish to read more about this award winning journalist, visit her webpage.
Help Support Full Circle: Any money made from book sales via the Powell's Books or Amazon links at this blog goes to support non-profit efforts such as the Pagan Voting Project, the Spiral Steps Support Groups, The Gaia's Guardian's Project (which supports those who do companion animal & wildlife rescue and work to protect the environment), and the Earthwise Networking Project (which helps like-minded folks connect to do some good where they live). Thank you so much.
Endnotes:
(1) The Pagan Voting Project is designed to register American Earthwise voters and to encourage them to vote. We don’t tell anyone how to vote but we do encourage Pagans and others in the Earthwise Community to be informed and active citizens.
Art: Girl with Basket of Oranges and Lemons by Pierre-Auguste Cot
Posted by Dj Connell at 9:54 AM