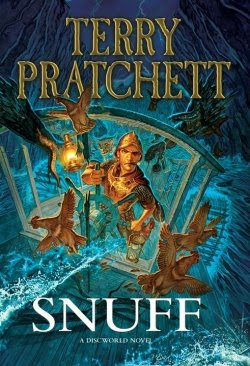 I leave soon on a road trip to Seattle where  I'll be meeting old and new friends who are gathering to attend Terry Pratchett's event at the Town Hall.  We'll be picking up our copies of his new book, Snuff, at this event, enjoying the great clam chowder and then reading, reading, reading after that.

Dates and notes on his American Tour can be found at the NADWCon 2013 Facebook page.

Notes on the next North American Discworld convention can be found at It Bodes.

I'm traveling next week, as well, and I'll be in a city with some well organized protests.  I'm tempted to attend and to bring a sign that says,

or how about this?


There Is No Justice. There's Just Us

In the meantime, I'll leave you with this marching song from Nightwatch.