A Simple Argument: "Animal Torture Is Not Free Speech" 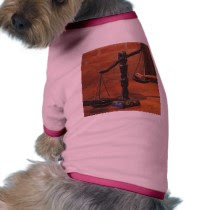 Tomorrow is the day that United States Solicitor General Elena Kagan will stand before the Supreme Court and argue that the federal Depiction of Animal Cruelty Law is not only constitutional but urgently needed to stop the abuse of animals. Congress passed the law by overwhelming margins in 1999 to halt the interstate sale of videos depicting illegal acts of animal cruelty

...The United States and 26 state Attorneys General are asking the court to put a stop to this madness, and allow reasonable regulation of this commercial activity. In 1973, the Supreme Court held that patently offensive material with no serious literary, artistic, political or scientific value can be regulated. A decade later, the high court concluded that child pornography can be regulated as well. The thrust of our argument...this may be narrowly regulated based on our society’s compelling interest in preventing animal cruelty. Cruelty to animals is a serious social and legal concern to Americans, and, as with children, the animal victims cannot defend themselves. There’s no speech at risk here—just the most appalling forms of cruelty known to humanity.

This call comes from the President and CEO of the Humane Society of the United States. You can read his entire article in the link below. FAIR WARNING: This article contains graphic and disturbing information about animal torture videos. Here it is: Animal Torture Is Not Free Speech

Our argument is simple: There are deeds so dark that they do not warrant, and do not receive, the lofty protection of the First Amendment of the Bill of Rights. The trade in such material, such as child pornography, is rightfully a crime and receives no Constitutional protection. And so too should the trade in videotapes of wanton cruelty inflicted on uncomprehending but much suffering animals.

We are talking about victims who cannot speak for themselves. A vote of Congress declared the sale of this material to be a crime with passage of the Depiction of Animal Cruelty Act. The many civil libertarians in Congress sided with us that this sort of conduct should be regulated ... not protected by the First Amendment. The Supreme Court can do the right thing and deal a blow to people who profit from animal suffering by reinstating this law and affirming our society’s right to protect the innocent from predatory commercialism by those with sick hearts, or no hearts at all.

from No Mercy for the Merciless

My thoughts will be with those who speak for the voiceless in front of our highest court on Tuesday.

Image: Scales of Justice dog shirt can be found here.
Posted by Dj Connell at 12:04 PM