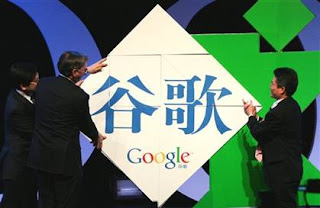 The People's Republic of China has acquired a controlling stake in the United States' fastest growing technology company, Google.

Google announced the transfer of 140m shares of Class B stock to a new entity owned by the Chinese Ministry of Information...The deal raises urgent national security questions.

...Amongst the assets acquired by the Chinese government is NASA's Ames Research Center. Google announced a partnership with Ames last year, and, as it turns out, the move laid the groundwork for the takeover by the PRC.

More on this story at the Silicon Valley Register

In other tech news:

What a Girl Really Wants in a Laptop

I find this horrifying.

Sia, you are such the kidder! You had me going for a few seconds! Good one.