Sexism & The Holy War On Nature

Today, I would like to share a video showing CNN journalist Campbell Brown stating that she "has had it", with the sexist treatment of the Sarah Palin and wants the McCain campaign to "free Sarah Palin"

A prominent female news anchor chastised the McCain campaign Tuesday evening for engaging in sexism and insulting behavior in its attempt to shield Gov. Sarah Palin from members of the press.

In a fiery commentary, Campbell Brown laid into John McCain for casting a "chauvinistic chain" that ran over his running mate.

... "Tonight I call on the McCain campaign to stop treating Sarah Palin like she is a delicate flower that will wilt at any moment," said Brown. "This woman is from Alaska for crying out loud. She is strong. She is tough. She is confident. And you claim she is ready to be one heart beat away form the presidency. If that is the case, then end this chauvinistic treatment of her now. Allow her to show her stuff. Allow her to face down those pesky reporters... Let her have a real news conference with real questions.

It's certainly a good idea - so good, it's starting to sound like a movement.

Has anyone made the button yet?

The Holy War On Nature:

I'd like to ask her some questions, myself. Included among those would be questions about her stance on Creationism. Chip Ward, writing about what he calls the "Holy War on nature" for Alternet, says this about 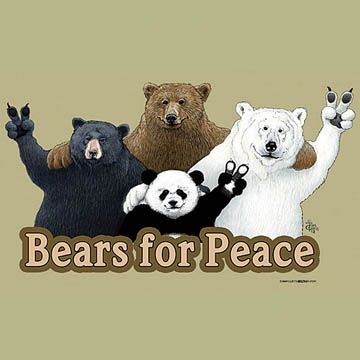 ..a pro-Creationist stand is no sideline issue, but the litmus test that reveals whether a politician shares the religious right's ideology -- a literal interpretation of the Bible, a disparaging attitude towards science, belief in mankind's unfettered dominion over the natural world, and a willingness to impose its religious doctrines on others.

....Evolutionary theory does not preclude God. It uncovers the how of life, but leaves the why of it quite open. Many devout Jews and Christians, even evangelicals, believe in evolution, just not Biblical literalists.

Evolutionary theory shapes and informs the ecological sciences that are the very basis for our environmental laws and policies. The emerging, European-led global movement -- so far lacking U.S. participation -- that aims to deal with global climate chaos and restore the earth's vital operating systems is premised on understandings gained through the evolutionary sciences. Cast doubt on those sciences and you undermine the basis for changes that are urgently needed.

Read the whole article, it's well worth your time.

The Princess and the Medusa: Musings On Women's Power

Fear of Women in Politics: The Vilification of the Other

Art: Bears for Peace t-shirt by Northern Sun t-shirt company
Posted by Dj Connell at 10:37 AM

While some Christians accept evolution, their theology still keeps them separate from the rest of nature--a unique, special creation of God, different from everything else in Earth. That theology prevents them from seeing themselves as connected in any way to nature. They are here to keep it at bay, to organize it, tame it, categorize it. Maybe some want to preserve it, and that's great, but there are too few of them.