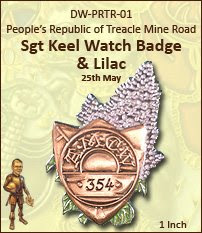 Happy 25th Anniversary to Discworld fans around the globe, especially those who are wearing the lilac. (1)

Truth, Justice, Freedom, Reasonably Priced Love & A Hard Boiled Egg
Among the many weekend events planned are those by the Cunning Artificer, and the web unveiling of the Sgt Keel Watch Badge with Lilac by Paul Kidby (which raises money for alzheimers).

The U.S. Seamstress Guild notes that Terry Pratchett has joined the eclipse chasers for a cruise to Asia in July of 2009 to see the total eclipse of the sun. Tickets to the cruise are still available. 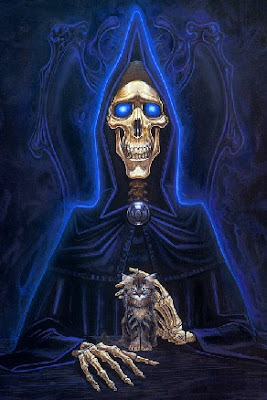 (1) Those who know, know, and those who don't, wern't there.... and the History Monks arn't telling. But if you want to find out, read Night Watch