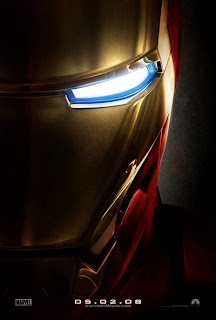 Most people outside the fan base thought this was just going to be another adventure movie. Things blow up, guys shoot guns, the women look stunning.....yawn.

The fans knew better. Since the first trailer teasers hit conventions the buzz on Ironman has been huge. It did not disappoint. (1)

So, who is Tony Stark and why did this movie just earn over $100 million in it's first opening weekend?

Director Jon Favreau brings his wry sense of humor to what could have been a relentlessly dark drama filled with explosions and other visual effects. Favreau says he knows a super-hero movie must have spectacular action, but he believes the audience also wants - and deserves - interesting characters and a compelling story.

"Nothing, comedy or visual effects, is important enough to undermine the story," Favreau says. "It has to be about the rise of the hero. It has to be the mythic journey: the thing that has worked since Greek epic poems. It's the thing that makes Star Wars great. He got it so right there. I don't think we got it that right, but at least we hit some of the same signposts. The more you stick to the old stories - the mythic way of telling a story: the rise of the hero, the emotional re-invention of somebody as they develop and come of age - the more you're going to engage a world audience. The visual effects help you tell those stories in a way that you don't feel like you've seen it before, but ultimately it's just window dressing."

Spiderman II worked so well because the brillant Michael Chabon wrote that screenplay. In this case, the screenplay for Ironman was written by three men who knew what they were doing. It has adult wit, humor, humanism, pathos, great pacing, and style. Well done, gentlemen.

Iron Man comes from a comic book series with a long, complex history, one the writers respected. While we all love our new tech film toys they are meant to be a tool that supports the story, not a replacement for it. Far too often, millions of dollars are wasted by movies studios on special effects and the audience still goes home bored (Thank you very much Pirates III). Sadly, many studios never learn this simple truth: Hire a writer. (2)

(1) Well....maybe just a little: Please, stop putting Heroines into 7 inch heels. They may look good to you, but they make the women in the audience wince whenever she tries to do more then cross the room.

(2) Meanwhile, Joss Whedon is no longer working on Wonder Woman. (sigh) The guy who gave us Buffy really could have done something with that. I guess I'll just have to wait for Dollhouse.
Posted by Dj Connell at 2:02 PM

OH, I completely agree with this! So many other, older, countries have their own mythology ... Italy, India, Greece ... we Americans seem content with our superheroes, who in a way, represent our historically new gods and goddesses. Me? I have a thing for Wonder Woman, and Spiderwoman is an archetype for me. Very cool stuff, indeed!