I'm Not Having It 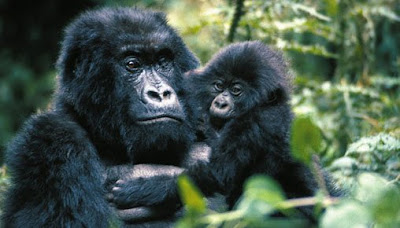 There are things I really, really miss about living in the Bay Area of Northern California, but people like this are not among them.

It took a while for me to get used to how very polite everyone is here in Oregon. It actually seemed kind of creepy, at first, as if they might want something from me...but they didn't. People in Oregon seem to live a bit differently. The ones I've met aren't stressed to their limits and sleep deprived. They aren't multitasking so much that their brains are fried and they forget the smallest things. In fact, most of the folks I've met since moving here are kind and thoughtful. Maybe it's because they aren't caught up in a constant battle with traffic, overcrowding, and hellishly long commute times. They aren't breathing bad air, either, and the ones I know aren't working 70 hour weeks or tied to their cell phones and pagers 24/7, like so many of our friends back in the Silicon Valley and Los Angeles. In other words, they arn't so overloaded they're about to implode. (Maybe some kind working mother should have walked up to that man and calmly told him that he needed to go to his room and take a time out? Oh, and will someone please teach him to use his inside voice?)

The people I encounter here have both the time and the desire to be friendly, even to strangers. Maybe it's because everywhere they look they are surrounded by some of the most breathtaking, easily accessible, well protected and healing natural beauty on the planet. Unlike many of the people I knew in California (who are blessed with much of the same) they go out and play in it. (1) As a result of all this they're just...nice. Go figure.

LuralMay's story about the rude man with the cell phone made me laugh but what amazes me, is that no one stood up to this fool. In such a situation I would (and have) said: "Excuse me, this seems to be an important conversation to you but it is interrupting my morning's peace. Could you please take this outside?"

I am about to turn 50, and I find that I'll put up with less and less crap as I get older. This tends to be true for most of us, but it's especially true for women my age who by this point have had it up to here.

Personally, I feel invaded and violated by loud and/or ultra personal phone calls in public places. I do not wish to be involved in some stranger's drama and I will ask them to lower their voices or move along politely, but firmly. I call this Glass Mountain Manners. I learned them from my mother, who like the fabulous Miss Manners, is a real lady in the good, old fashioned sense of that term. If you have GMM you say what you need to say in courteous, fair minded terms. You have been respectful, but firm. As a result, you have offered them no emotional footholds. They cannot use self righteous anger or outrage to climb the smooth mountain of civility and common sense that you present. (Oh, they'll try, but it doesn't work and they just slip and slide back down again, landing right on their asinine behavior.) (2) They cannot get around this mountain, because I will repeat myself, and I am happy to elaborate if they did not - for what reason I cannot possibly imagine - understand me the first time. So, they back down. They do that because I am standing there, looking into their eyes, and I am not afraid to (politely) call the manager and have them escorted outdoors. (3) Sometimes they curse or grumble. Let them. As a friend of mine likes to say, I am happy to be their learning experience.

It beats walking out the door feeling angry and thinking all day about what I would have said.

Don't get me wrong, I love my cell phone. They are changing the way the world communicates and empowering thousands of people. Just ask James (I want to have his creative genius baby) Burke: (From an interview on the 25th anniversary of his groundbreaking show Connections)

Cell phones/wireless media are the end of traditional news reporting, for the betterment of all via 20 million firsthand reporters, unfiltered by a centrally-vetted cultural bias. Local, culturally-oriented, witness-produced and better-produced news becomes coin.

I will concede that bypassing Big Brother's News Cycle is worth a little hassle now and then. So speak your peace but mind your manners. Oh, and help save a mountain gorilla by recycling that old cell phone. My mountain is fine, thank you, but her's isn't doing so well. Mess with gorilla Mamma and she'll rip your arm of.

(1) They are so passionate about getting outdoors you'd think it was some sort of religion or something.... hey....wait a minute...

(2) The same goes for people who talk during movies. I did not come there to hear your opinions, thank you, and we are not in your living room at home. If you do not understand the plot, do not ask your friend to explain it to you in loud whispers, just go home and read the book.

(3) Am I always calm and courteous? Hell no. But, in general, my life works much better when I can be so.

Photo: Mountain Gorilla mother and baby
from a story on the latest threats to gorilla habitat
Posted by Dj Connell at 12:33 PM