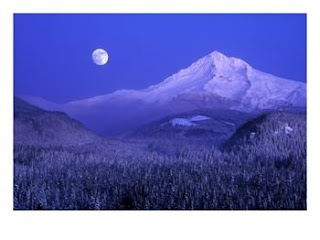 All across the country, Home Equity lines of credit are being frozen by the banks and lenders that hold them. This will be hard on folks who planned to use this money to pay for their child's college education or, if they are older, their own home repair, retirement or re-training plans.

What does this mean for the Pagan Community? For one thing, it will make it harder for Pagans of means to finance events and groups out of their own pockets, as many have done in the past (my humble self included). It will also make it harder for Pagans to purchase land for retreat sites as many have done or have planned on doing. Donations by Pagans to groups, causes and charities they support will go down, as could attendance at festivals. Pagan brick and motor stores - which tend to serve as our gathering places and classrooms - will suffer as will Pagan non-profits, which rely on donations and support from their members. Donations to Pagan-friendly political candidates will also suffer a decline.

By the time the letters landed in mailboxes, home equity lines were already frozen. Checks, credit cards or other withdrawals on lines were forbidden, according to a copy of the letter.

Mortgage borrowers (are) freezing their existing home equity lines or reducing their lending limits because of declining home values.

The freezes prevent homeowners from tapping an important source of emergency funds, and if they expand, they could worsen the current economic slowdown, some analysts fear.

Washington Mutual, Chase and Wells Fargo, the largest bank in the state, are reported to be reviewing home equity line freezes or credit limit reductions on a case-by-case basis. Other lenders are expected to join them.

To make matters worse, County Wide and other lenders are rumored to have posted artificially high valuations on homes when opening such loans. As a result, the home owners (who were delighted at that time to see how much their home was worth on paper, even as home sales declined) are now unable to show that their home may have held it's real world value rather well.

Even home owners in places like Silicon Valley in California - where the decline has been less severe - are feeling the pinch.

This sort of thing makes investors nervous and the ripple effect will be felt throughout the country. An article for the Asian Times titled Wealth destruction gathers pace says this:

The banks were selling off their hundred-year or more reputations for honesty and probity in order, as was the true spirit of the time, to get rich fast, and, whatever they may say now, while they were doing so they loved every minute of it.

...And so was fueled the first great economic boom of the 21st century. Core economic theory states that too much money seeking to buy too few goods produces inflation, but with Chinese production holding down the prices of everything from tennis rackets to tubas the impact of the added monetary firepower never really made it into the inflation and cost of living statistics. Where it was felt, however, was in the market for real estate in America and in much of the rest of the Anglo-Saxon world. Chinese manufacturing became skilled in producing the goods that Americans wanted to buy, but it couldn’t produce those monstrous six-bedroom 4,000-square-foot New England colonial/Southwest adobe fusion styled houses (Americans left that task for the illegal immigrants it imported from Mexico; see "Exurbia: Built on paradox and hypocrisy, Asia Times Online, March 29, 2007) that sprawled across the landscape like kudzu, and more importantly China couldn’t produce new vacant land that the houses would sit upon.

As, Hecate notes, times like these are hardest on women. This situation will also be difficult for our home owning Elders, who have looked to sell their homes to help fund their retirement.
Hecate writes:

I haven't seen any figures yet that break down this kind of increasingly-common bad news by sex, but women tend to suffer more during bad economic times, for a number of reasons. First, women still suffer from the "last hired, first fired" policies that a number of companies employ, as women tend, more than men, to drop in and out of the workforce to care for children and/or elderly parents. Second, women often face discrimination when they apply for credit, finding themselves paying higher interest rates at worse terms. Third, women tend more than men to depend for a portion of their family income upon absentee parents and, when those men lose their jobs or face financial difficulties that impact their second (or third) families, their childcare payments are often the first thing to go.

She offers some good advice on getting through hard credit times. Check it out at her blog.

I suppose pagans will need to finance things like other religions do: by convincing people to actually donate real money.

It boggles my mind that Christian immigrant groups with a majority of members of less than prosperous means can manage to build thriving church communities that own property but almost no pagan group (which is disproportionately white and educated) can do so.