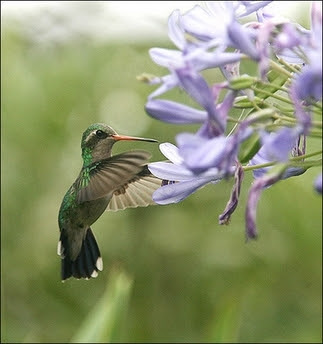 She who laughs, lasts.
Seven years ago today my sister died of breast cancer. She was 47. Her life was short, but rich and full of beauty, good works and kind friends. Four years ago, we heard that my father had lung cancer and needed to settle his affairs. He died nine months later, at 79. He was the son of a coal miner and a child of the depression. A WWII veteran, he had lied about his age and joined the service at 16. He was awarded four medals he would never talk about. He preferred to tell funny stories about the people he fought alongside, some of whom were still his friends 40 and 50 years later. The men and women who served in that war were like that.

He came back from the war and quickly went to work to help support his parents (by then his father had black lung) and his sisters. He took classes at night, and went on to become a creative pioneer in his chosen field.

I miss both my father and my sister very much. My family members and I were at their side as they fought the good fight. I've since been at the sides of friends who've passed over and every time I felt honored and lucky to be there. It's been a long hard road since 2001, and many things have changed both for me and for this country. This is the sort of stuff that ages you. I hope it has deepened me, as well.

My mother refuses to refer to herself as a widow. He is gone now, but he is with her always. If you have been married for over 50 years as they were, you understand.

She continues to work for her church and her community. She has a wealth of friends and neighbors she is close to and chooses to live independently (and for the first time in her life, alone) for as long as she can. She has always volunteered, even when she worked full time, ad often as not with animal welfare groups. After my sister's death she began volunteering at the local oncology ward. And after my father died, she took on more volunteers shifts: one in the E.R., one in the chemotherapy clinic and one at a renal care clinic. She will be 82 this year. If you ask her why she does this work, she will tell you she wants to "help out the older folks".

My husband and I took her to the Mediterranean two years ago, and she stood at the top of Pompeii, looking down towards the ocean with happy tears in her eyes, remembering the time she had first stood there with my Dad in the 1960's. One of the anthropologists gave them a private tour. In those days the site was much smaller and tourists were more rare and many of the art pieces (including the famous ones from the brothels) were still on site. He wanted to show my Dad some "particular" murals, "not for ladies, you understand". He was shocked when my mother said, "Oh, I want to see those!" and my Dad laughed and insisted she come along, as well. I asked him about this story years later and he told me "Your mother always wanted to learn more and try new things, I knew early on it was best not to get in her way." Gods bless him. Even though he was very much a man of his generation, he loved her strength and never, ever tried to get in her way.

When we arrived in Athens, we went straight to the Parthenon. I have a picture of my Dad that dates from the 1950's and shows him standing next to some the ruins there. We all took turns that day, and got our picture taken as close to that spot as we could get. I will frame these together now, and keep them as a group. At 80, my mother went up and down those steep marble steps of the acropolis in her quiet, determined way, passing many in the wheezing, puffing crowd of tourists who were climbing the stairs that day. (I noted that many of those struggling on the steps were 30 or more years her junior, and vowed to exercise more from then on). She went slowly but surely up those steps (with me behind, trying not to worry or hover too closely) only pausing to feed the odd street dog that begged for food from her lunch pack, and keeping an eye out for small children whose parents let them get too near the edge. Goddess Bless her. Let me be like that when I am her age. Let me have that kind of spark and backbone that marks all the women in our tribe. I so love being one of them.

Today I've joined a team that takes food to another good women, a dedicated cat rescue volunteer in her early 50's, who has just been diagnosed with a lethal form of colon cancer. She has been told she has six to eight weeks left in which to settle her affairs. Meanwhile, her friends and colleagues will rally around her. If you want to know who your real friends are, ask yourself this: How many of them will be there for you if you ever get news like she got? And don't forget to ask yourself if you would do the same for them.

I read a post today at Flatbush Gardener on Grief and Gardening and one particular paragraph sums up how I feel today. I've copied it below. Perhaps it will speak to you, as well.

Go hug someone you love.

As I tend my garden, I recall how it was a minute, a day, a year ago. That flower was, or was not, blooming yesterday. This plant has grown over the years and now crowds its neighbors. A label in the ground shows where another plant has vanished. Should I replace it, or try something new? I weed. I plant. I water. I sit. The garden asks me to see it as it really is, not just how I remember it, or how I wish it to be. Gardening continues to teach me many lessons. Gardening is my prayer.

So I must be in the world. Remembering what was. Observing what is. Hoping for what can be. Acting to bring it into being. When we struggle to understand, we question what is....Now, as with each new loss, I ask again: Why am I here? Why am I alive?

The only answer I've come across which satisfies me at all comes from Zen: The purpose of life is to relieve suffering. Not to relieve pain, or grief, or loss. These cannot be avoided. But to relieve suffering, which we ourselves bring into the world. Because death is senseless, the only sense to be found is that which we manifest in our own lives. The only meaning there can be in life is what we impart.

The Last of the Wine by Mary Renault

Strange to read my words "out of context," but you give them a good frame. I'm glad you found something I wrote that speaks to you. They still ring true for me after all these years.