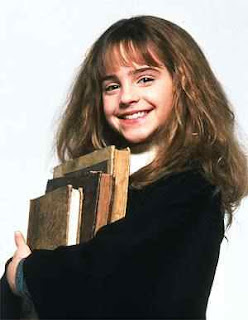 I've been thinking today about inclusion and acceptance.

As a Pagan and as a woman, I want to be included. For example, I want the military to put a pentacle on the headstone of a Pagan soldier if he or she wants that. I want Pagans to have a chaplain or priestess of their faith available to them, if they so desire, and to have the protection of the law for our rites and rituals. As a feminist, I want the next generation to have what we did not: I want women's history and literature to be included in the curriculum, beginning in elementary school, so that young girls have heroines and legitimate role models beginning at an early age. I want women's school sports funded on a level equal to that of men so that they can be in touch with their bodies, their strength and their will. I want girls to know that it's great to be good at math and I want the young women who will follow me to fly as high and as far as their skills, learning, vision and work ethic will take them.

The difference as I see it is this: With inclusion, I am treated like an equal citizen of worth, among a diverse population. If people with whom I differ accept me, then they see me as their friend or as part of their group. (That can happen, but it takes a great deal of open mindedness on all sides.) When it comes to some people, I am not and never will be their friend. Nor do I wish to join their club. Most people in this country will continue to view me (Eco-feminist and Pagan) with some suspicion and distrust. They might even think that I am dangerous, loony, out of line or otherwise deluded. They have the right to think that in a free country. What they can't do - and what I will fight with all the skills I have - is to somehow (legally, medically, politically, commercially or in any other way) treat me as less than a full citizen and human being.

If I expect those with whom I differ to accept me, I am asking them to change their world view, and I don't have that right. If they are harming the planet or someone else, I may demand that they behave differently for the good of all, but I have no control over how they think and believe.

Let's be honest about this: I don't intend to change my world view, either. A bigot is not allowed in my home but I will defend her/his right to vote. In a society that thrives on difference and diversity, that is all I can and will ask.

To me, this sounds reasonable, simple and fair. It is democracy in the truest sense of that word. Others see this as a threat to a world order they envision and wish to bring about. Will things change in my lifetime? Could the U.S democracy that allows me to believe in the concept of inclusion for all regardless of skin color, age, physical challenges, gender, spiritual practice, political party or sexual preference become a fascist state? Read this interview with Naomi Wolf titled Fascist America in 10 Easy Steps. It will make you wonder if the simple freedoms we now take for granted are going to be with us in the future.

The Handmaid's Tale: A Novel

Publisher's Note: In the Republic of Gilead, formerly the United States, far-right Schlafly/Falwell-type ideals have been carried to extremes in the monotheocratic government. The resulting society is a feminist's nightmare: women are strictly controlled, unable to have jobs or money and assigned to various classes: the chaste, childless Wives; the housekeeping Marthas; and the reproductive Handmaids, who turn their offspring over to the "morally fit" Wives. The tale is told by Offred (read: "of Fred"), a Handmaid who recalls the past and tells how the chilling society came to be.

Photo: Herminoe Granger as played by Emma Watson
Posted by Dj Connell at 8:58 AM