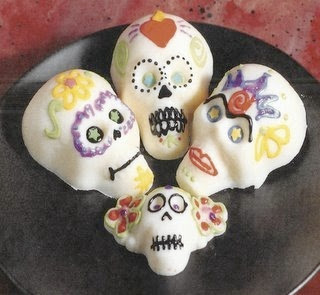 It's been a long day here at Full Circle, one spent dealing with certain persons who want to involve us in their personal problems or the latest Witch War.

Others wanted advice about organizing their own events. I usually love that part. But some folks don't like those bits of advice that involve actual effort on their part. I found myself saying, "No, we can't give you money and we can't do it for you. We've used our own money to seed events for the community, and we have none left to spare. But we can and will show you how we do fund raising, and we'll put you in touch with good people. We will help you create what you want to see in the world."

They'd rather have some money, please.

And then there are the Wishful Thinkers. If I have to read one more email from a Pagan who is happy to light a candle for the planet but who just can't find the time to recycle, let alone join in a beach clean up or help out at a charity gig in their town, I will scream.

I needed a break. So I headed out in the blog-o-sphere, searching for something that would take the vile taste of those embittered, whiny emails from me. (1)

I stopped by Sarah's site again and read her take on magic:

"It didn’t take long for me to figure out however that magic, for me, is simply another word for the rush that consumed me at the truckstop that day in Arizona, or the liquid glory pouring to earth in the spill of moonlight. That magic is natural and that it springs bubbling out of the earth and the trees and the rocks and moves with a sweet, shocking grace through the marrow of all things. And that there are no real boundaries between me, the natural world, magic, relationship, the gods, the planet, or any activism on the planet’s behalf. That indeed, magic is happening with every breath and in every move of my body (and that the web of ultimate connection can be touched, yes, and threads plucked to shift the tides of the world in one’s favor in harmony with the Isness). Magic can be complex or simple - a weaving or a seed, Fibonacci numbers, a handful of roots, an exquisitely complicated series of movements and words, an Emerald Tablet, the making of medicine, the pouring forth of prayer. No matter where I have found it, it always seems that magic has led me back to the Mama - to Her mountains and Her forms and Her Beauty, and to my body as an expression of Her and the medium through which I experience Her far-flung, lavish, decadent, gritty, sharp, gobsmacked, outrageous being.

Eventually, in addition to the flowering of my rapture in the deep, these connections led me to become inspired by the radical application of spirituality to the struggle on behalf of oppressed communities and the Land."

On those days when we've dealt with too many Sillies I just want to pack it all in. Then I read work by Pagan writers and activists I get some much needed perspective. When I do this I feel much, much better. Then I check out what other Pagan Organizers are up to and get inspired again. Whenever I go back to the Well, and encounter the Great Hearts, I am reminded that much good work is done quietly, thoughtfully and creatively by our people, (often as not, behind the scenes) and I think, "...yeah. We're gonna be all right."
Sia

Related Articles:
The Bard and the Poser
Pagan Doers

(1) You know, some days I despair. It usually happens when I see too many Pagan people prancing around, using the sacred as an excuse to say "Look at me!, Look at me!" and treating their practice as if it were all some narcissistic game. I stopped going to (or knew enough to avoid) certain festivals and groups because I was tired of meeting adults who never grew out of their teen rebellions. When you aren't dealing with Sillies, you might get the Letches; people who treat every encounter as if it takes place in some sex obsessed fantasy world. They view every ritual, drumming circle or fire dance held in Her grove as nothing more then a Singles Bar With Trees. (Come on, folks. People who actually give and get good sex aren't so damn obsessed with it). I'm so tired of the Letches; they can suck all the joy out of a Meet.

And I got into this practice for the joy of it.

If you are really unlucky (as I was today) you'll run into The Posers. These folks want freedom without responsibility, power without honor, wealth without labor, and status without study. (And they're usually bores, as well, which rather ads insult to injury. Save me)

Some days we get one too many emails from what Fritz Jung calls "The Takers"; those whiny people who manage to feel entitled and martyred at the same time. On those days, I begin to wonder about our future as a People.

They always want something from you, these types, but they never think that they might have reasons for gratitude, that they might have gifts that others need. If and when you do give them something of value or when (at their request) you offer them some hard won wisdom, wisdom that cost you your heart's blood to obtain, they will won't even think to say "Thank you", let alone pay it forward.

The email box isn't usually this bad. 70% of the emails we get are from thoughtful, polite folks. Must be something in the air.
Posted by Dj Connell at 12:56 PM